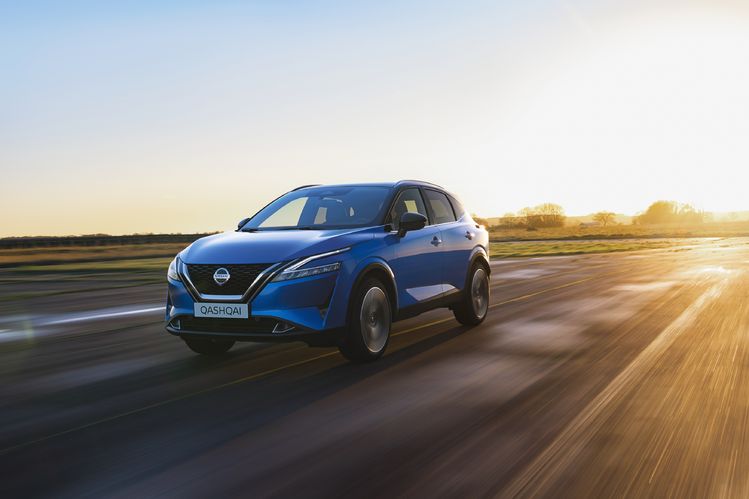 This is the all-new 2021 Nissan Qashqai, the third generation of the best-selling family SUV in the UK. The new model gets a complete ground-up overhaul, which includes new styling, better practicality, upgraded in-car and safety tech, plus more efficient engines - including an all-new hybrid powertrain.

With over 1 million Qashqais sold in the UK since its release in 2007, this car has skyrocketed to dominance in its category. The new model comes 32mm wider and 35mm longer creating a roomier interior. Nice one! The front gets an updated interpretation of Nissan’s ‘V-Motion’ grille, and it's flanked by slim LED headlights. The refreshed look is helped by a 'floating roof' effect, made possible by a contrasting paint finish for the top. 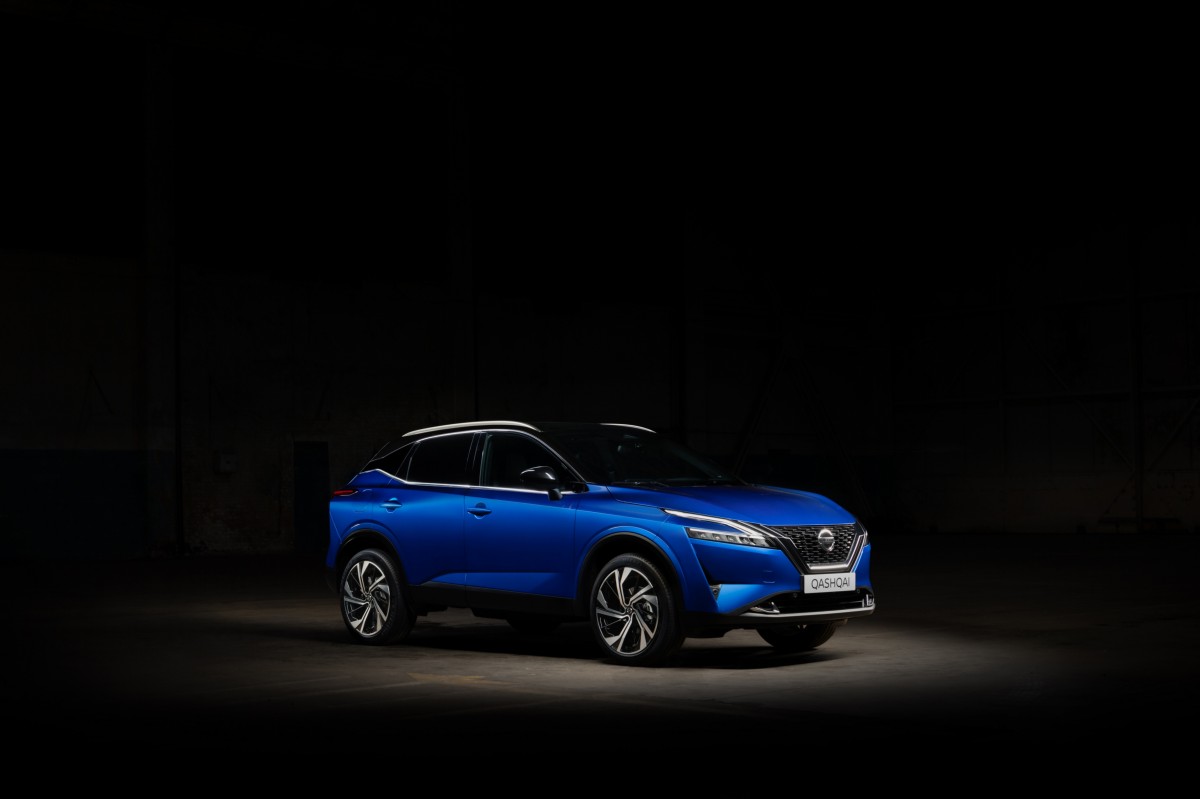 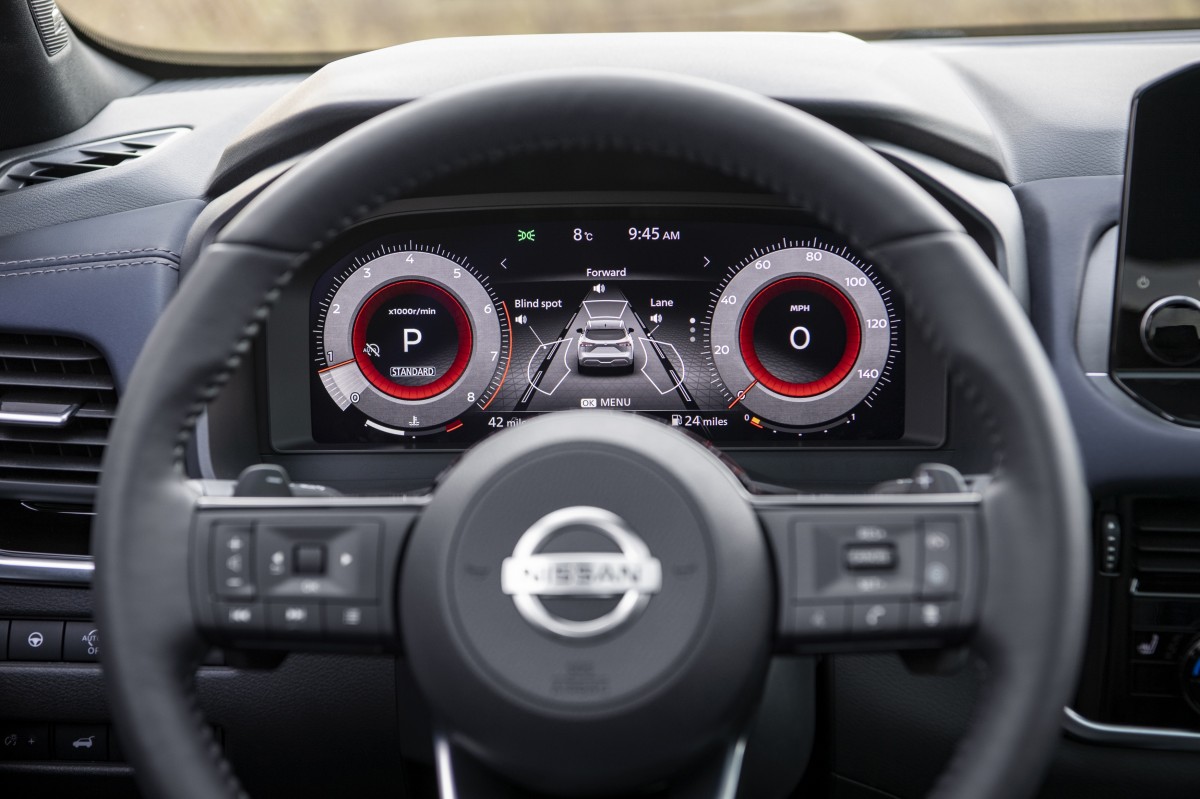 Wheel sizes range from 17-20 inches - that maximum is one inch larger than what was offered on the second-generation Qashqai. Inside, the Qashqai’s cabin is a great leap forward in both design and finish. The infotainment system now uses a nine-inch touchscreen with a much sharper resolution than before, plus online services that include fuel prices, Google street view and speed camera information. Android Auto and wireless Apple CarPlay are offered too. 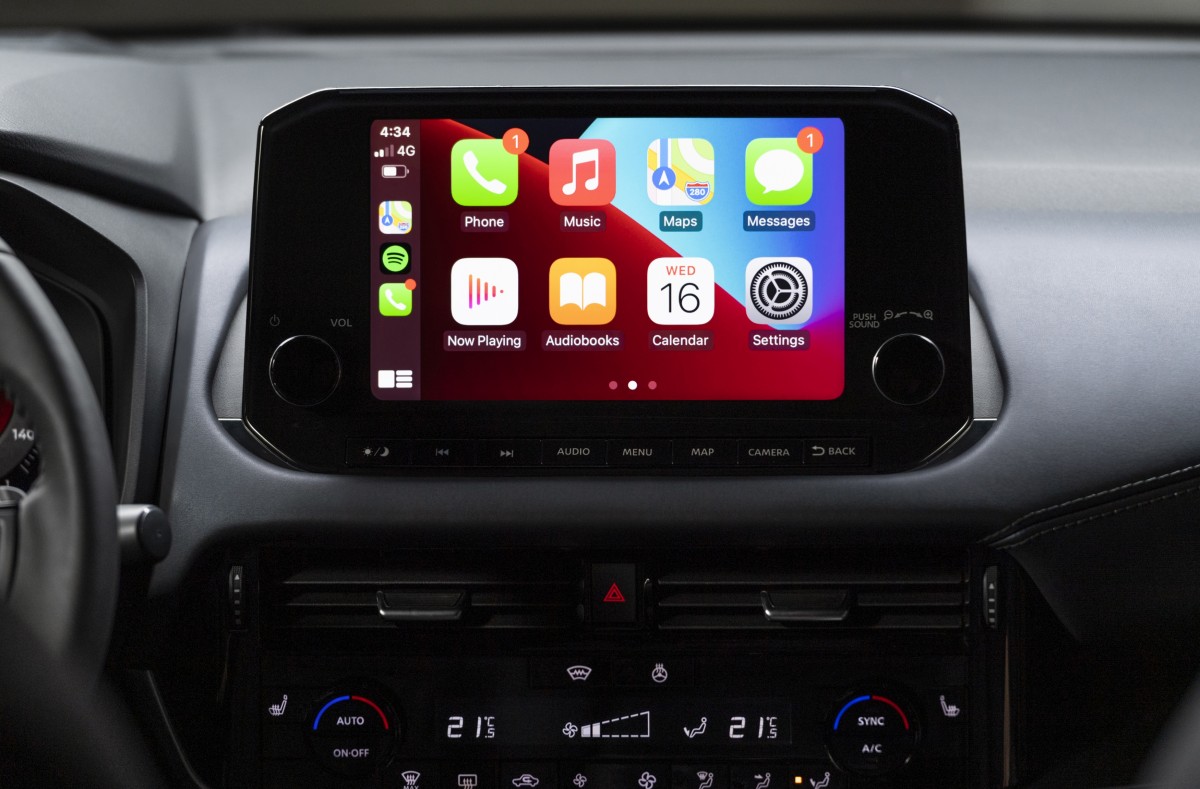 The customisable 12.3-inch screen allows the driver to prioritise driving data, sat-nav, entertainment or vehicle information, all via controls on the new steering wheel. That new panel is backed up by a 10.8-inch head-up display - the largest of its type in this segment - on the highest trim levels. The blind spot warning system can now intervene and make a steering input so you don’t move into traffic in an adjacent lane, while the car can automatically brake if the driver reverses towards oncoming vehicles. There’s also the usual level of tech when it comes to autonomous emergency braking.

Another huge change for the Qashqai comes underneath the bonnet. The Japanese brand has dropped diesel engines from the line-up, so the bulk of the range is filled by an version of the old car’s 1.3-litre DIG-T turbo petrol unit, now with mild-hybrid tech. It adds 22kg in weight, but reduces CO2 output by up to 4g/km, Nissan claims.

The engine is available with either 138bhp or 156bhp and up to 270Nm of torque. Front-wheel drive is standard on base models, while four-wheel drive is optional for the most powerful mild-hybrid. A new CVT automatic gearbox is also been added. 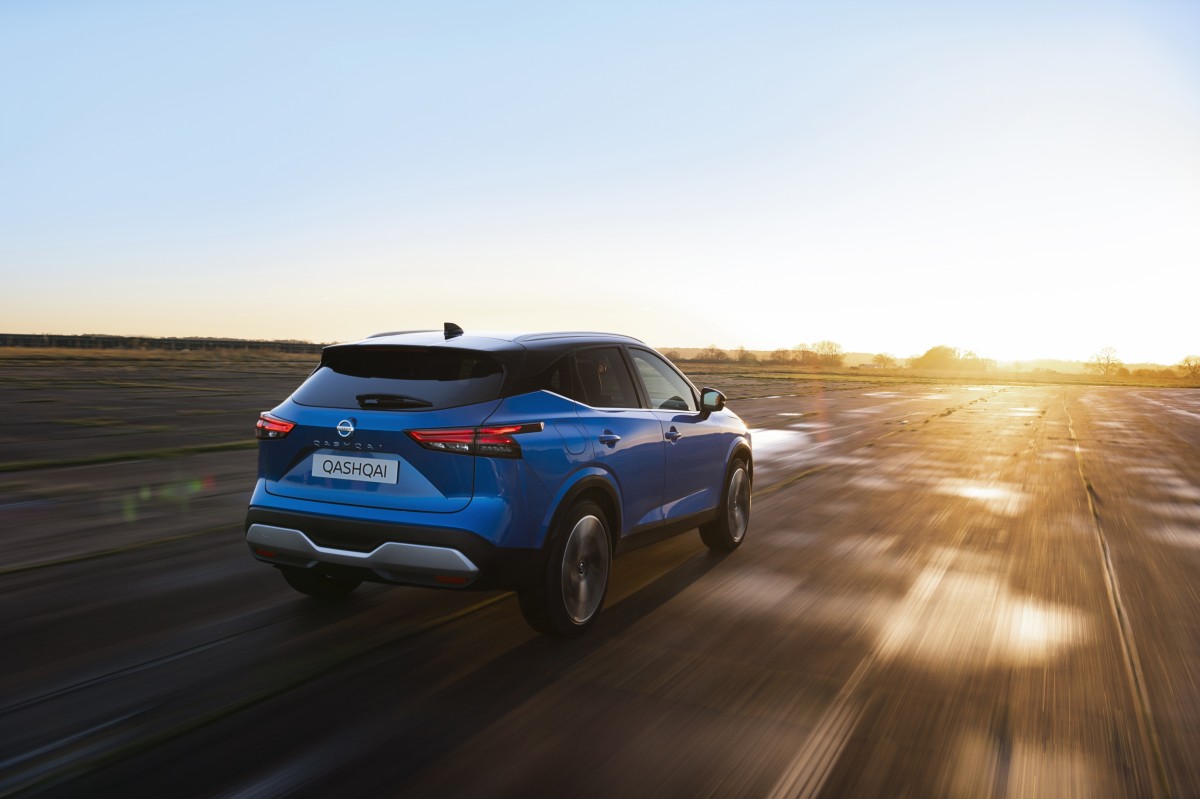 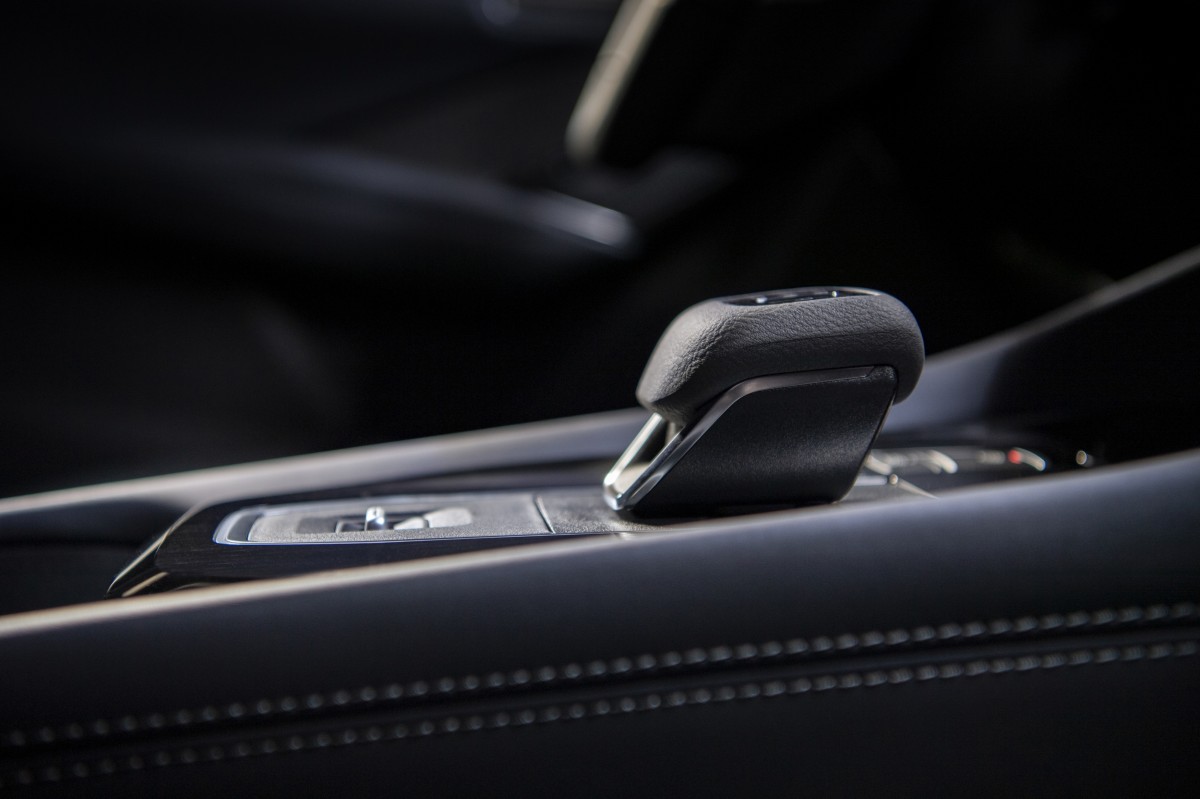 The biggest change, though, comes in the form of an all new hybrid unit, called ‘e-Power’. It uses a variable compression ratio 1.5-litre turbocharged petrol engine with an electric motor that delivers a total of 184bhp and 330Nm of torque. The new system is front-wheel-drive only.

However, it differs from hybrid systems used in cars like the Toyota Prius because the combustion unit never drives the wheels directly. Instead, it acts as a generator, providing charge to a small battery, which then sends energy to the electric motor.

The new Qashqai is set to go on sale this summer. Prices are still to be confirmed, but the introduction of mild hybrid powertrains and increased tech means that price will likely climb beyond the outgoing car’s £23,550 entry point.