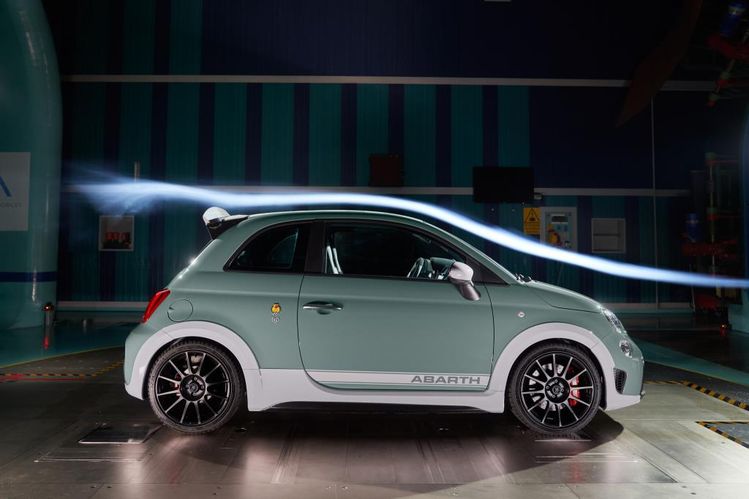 This year Abarth celebrate their 70th anniversary and to mark this momentous occasion they have released a special 70thAnniversario edition of the 695, with only 1949 units being built, it was shown last weekend at the Abarth Day in Milan.

One of the most noticeable features of the 70th Anniversario is the “Spoiler ad Assetto Variabile” a manually adjustable rear spoiler, improving stability at high-speed and allows the driver to set the angle of the spoiler in 12 positions from zero to 60 degrees. At its highest rake, the aerodynamic load is increased by 42kg at 124mph. The spoiler is a tribute to the companies founder, Carlo Abarth, who looked for performance not just by adding power, but developing innovations in technology solutions such as aerodynamics.

The 70th Anniversario takes cues from past and present, including the new Monza 1958 green livery, harking back to the very first 500 Abarth which was painted in this colour and set six international records at Monza. The livery is finished off with some Campovolo grey detailing, including the “Spoiler ad Assetto Variabile”, body kit, front and rear DAMs and mirror caps, scorpion decal on the bonnet and the chequered roof.

The 70th Anniversario gets the SuperSport 17” alloys and red Brembo calipers as standard. The Brembo brakes feature four-piston calipers with 305mm discs at the front and 240mm discs at the rear, both are vented. The Record Monza exhaust, limited slip differential and Xenon headlights are also fitted as standard too.

On the interior, the 70th Anniversario is equipped with bespoke “Sabelt Tricolore” seats. All 1949 cars will also receive a numbered plaque, making it a collectable. The Uconnect infotainment system features a 7” screen with DAB radio and sat-nav, and is compatible with Apple CarPlay and AndroidAuto, Abarth Telemetry tracks the performance and relays it to the driver. Automatic climate control, daylight running lights, LED fog lights and floor mats are all standard equipment on the 695 70th Anniversary.

At the heart of the car is the 1.4-litre turbocharged petrol engine, with 180hp and 250nm of torque at 3,000rpm, giving a top speed of 139mph while the spoiler is at its lowest drag setting (zero degrees) and reaches 62mph in just 6.7 seconds.

The 695 70th Anniversario will be available to order from mid-October and prices start from £29,695. 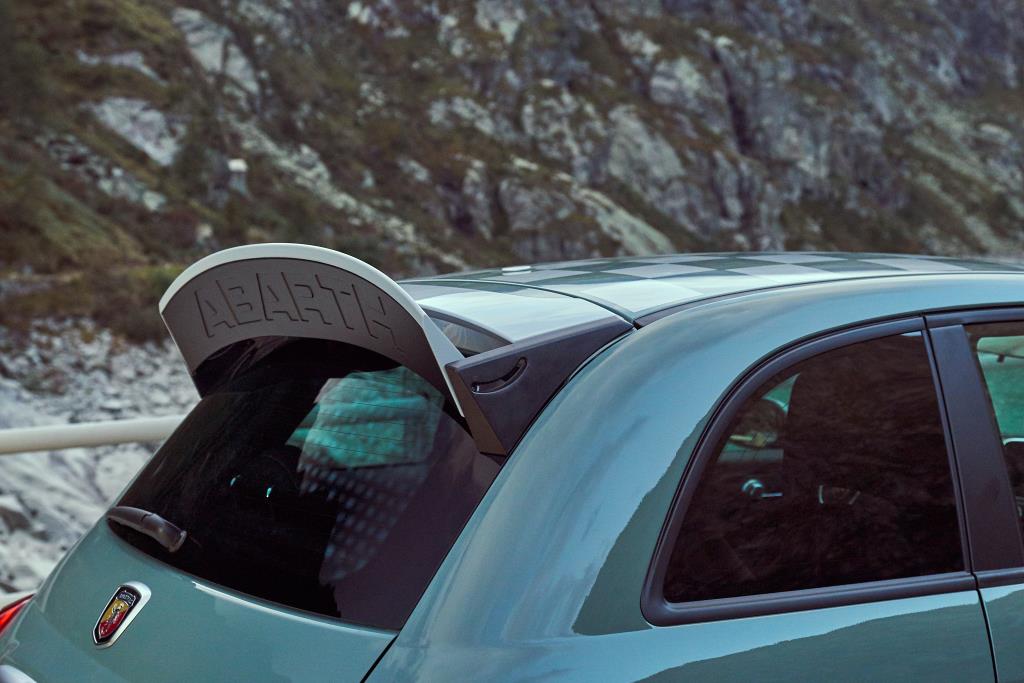 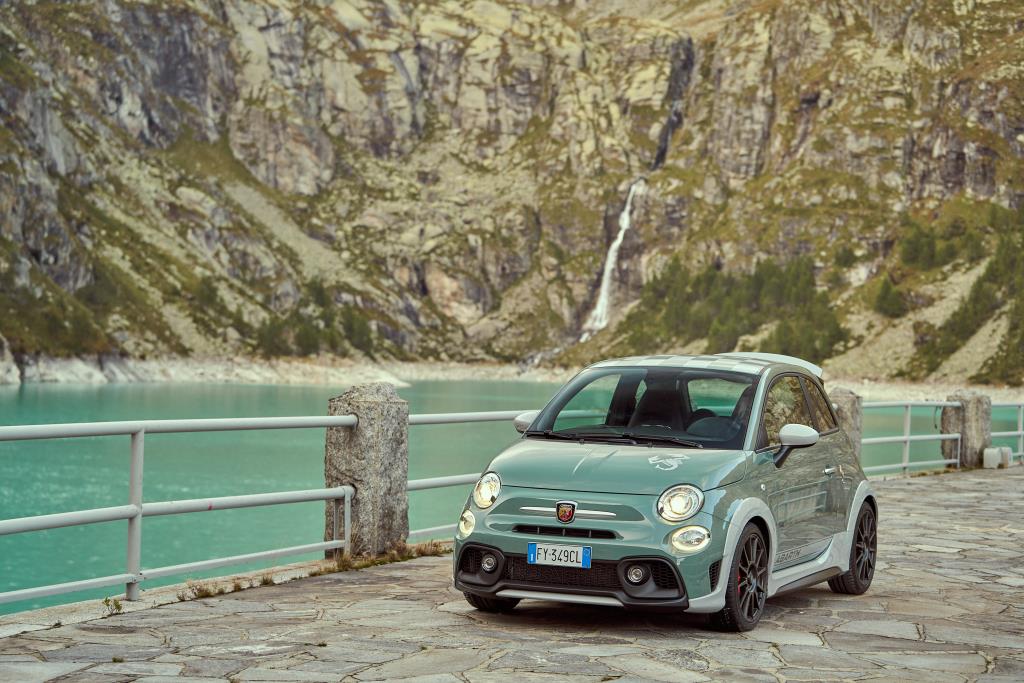 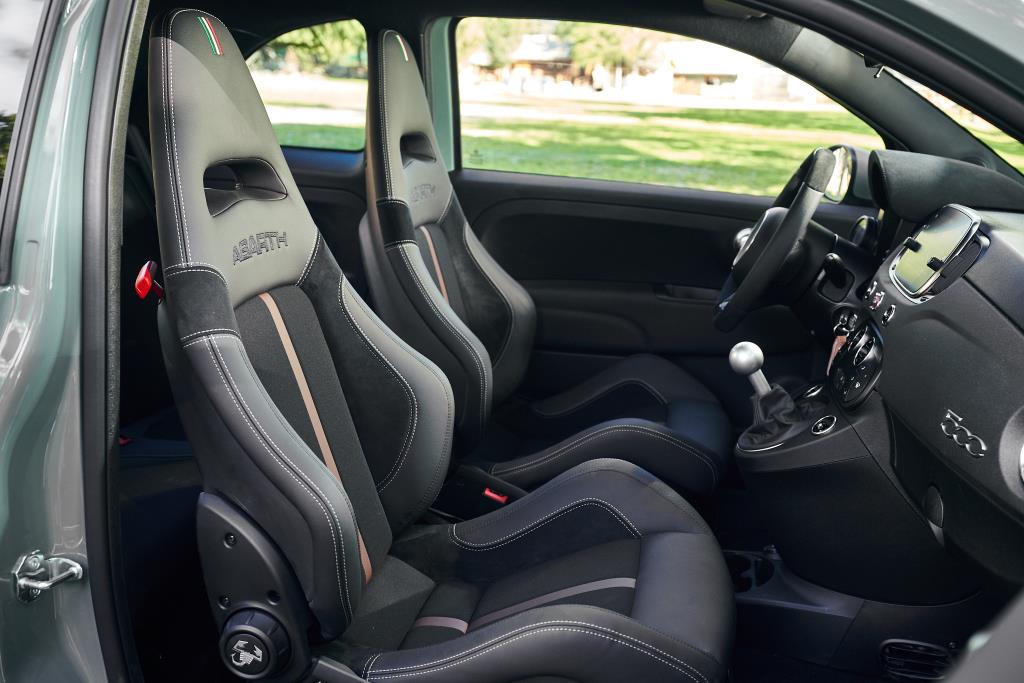