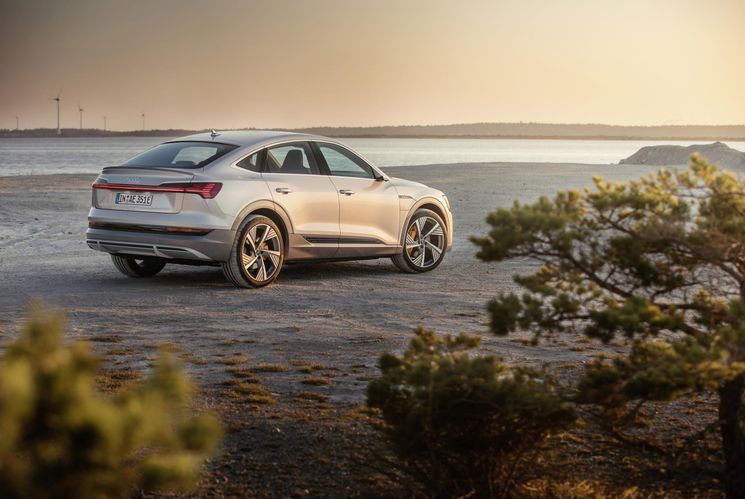 Audi is taking electrification very seriously, continuing from their E-Tron they have unveiled the E-Tron Sportback. Launched at the 2019 LA Auto Show, this is Audi's second BEV, it will launch alongside the E-Tron in early 2020. The E-Tron range will have at least 20 fully electric models by 2025.

The E-Tron Sportback is an SUV coupe with up to 300 kW of power and a range of up to 240 miles (WLTP) in UK spec with a host of the latest technologies. Digital matrix LED headlights will be available for the first time in a series-production vehicle. Sleeker and more aerodynamically efficient than the standard E-Tron, order books will open in early 2020 in the UK with deliveries starting in the second quarter of the year.

Combining the attributes of an SUV with the sleek, elegance of a four-door coupe and the characteristics of an electric car, the E-Tron Sportback has a sporty feel. A new paint finish; plasma blue, metallic, is exclusive to the E-Tron Sportback adding to the other twelve colours available. The charging flap features a logo finished in a high-voltage signal orange, this orange colour can be requested on the brake callipers too.

The base model for the UK is the S line trim level, it comes with 21” alloys, body-coloured wheel arches and sills, contoured bumpers and a spoiler and diffuser adding to the style while improving aerodynamics. The S line logo is featured on the grille and an S logo is used on the illuminated door sill trims.

Using an asynchronous electric motor on each axle, which are fed with three-phase current by the power electronics, the E-Tron Sportback 55 Quattro has a power output of 265 kW and 561Nm of torque. 0-62mph is achieved in only 6.6 seconds and on to an electronically limited 124mph. A boost mode can be activated by switching from D to S and depressing the accelerator fully giving 300 kW and 664 Nm for 8 seconds allowing the 0-62mph sprint in just 5.7 seconds. 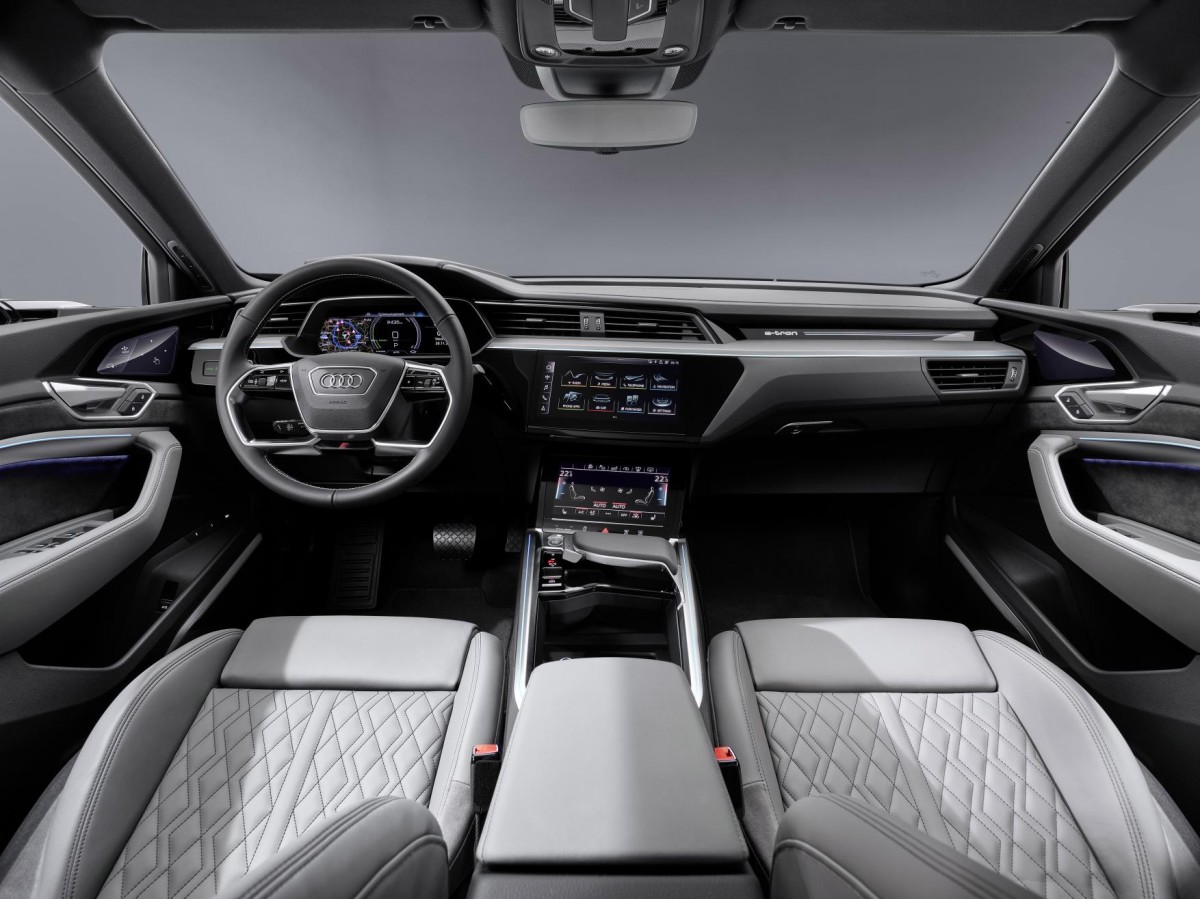