Best SUVs to get you through Winter 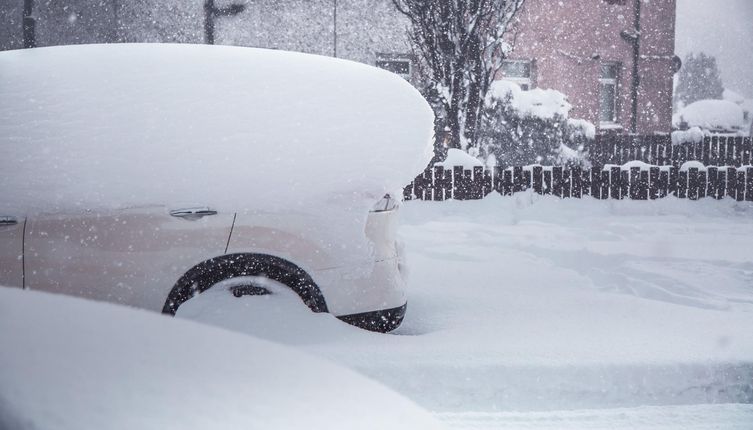 With winter in full effect you may be looking for a new car to get you through the worst of the weather, here's our guide to the best SUV's you can get to suit most budgets. 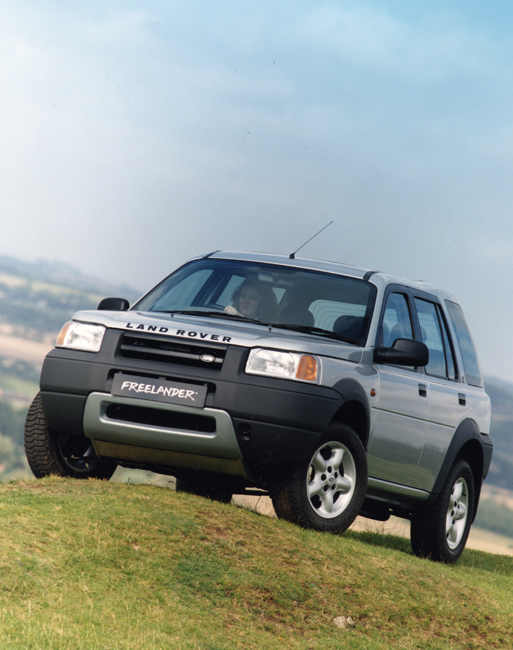 For under £2,000 you can get a mid-2000s Land Rover Freelander. A popular choice when it was first released, it became the best selling SUV across Europe. In 2003 the Freelander was given a facelift and offered new features such as hill descent control, these are the more desirable models and still come in under budget. The facelift also received new headlights and body-coloured bumpers.

When it was first released, the Freelander was more refined than its rivals, making it easier to drive than most SUVs, although nowadays there are more polished SUVs on the market. Compared to its rivals it is much more at home off-road, because of this it is worthwhile having a look underneath at and potential damage caused by off-roading.

The HSE is the top of the range and most desirable, it comes equipped with air-conditioning, a CD-multi-changer, fog lights and leather seats. Available as a three-door or five-door, the three-door has a folding plastic rear section. The five-door is a more sensible choices, giving better practicality and less chance of leaks. From 2000 the Freelander was powered by BMW's 2.0-litre diesel engine, among others but this is the one you should go for as it is more reliable than the petrol engine available it also has more power. 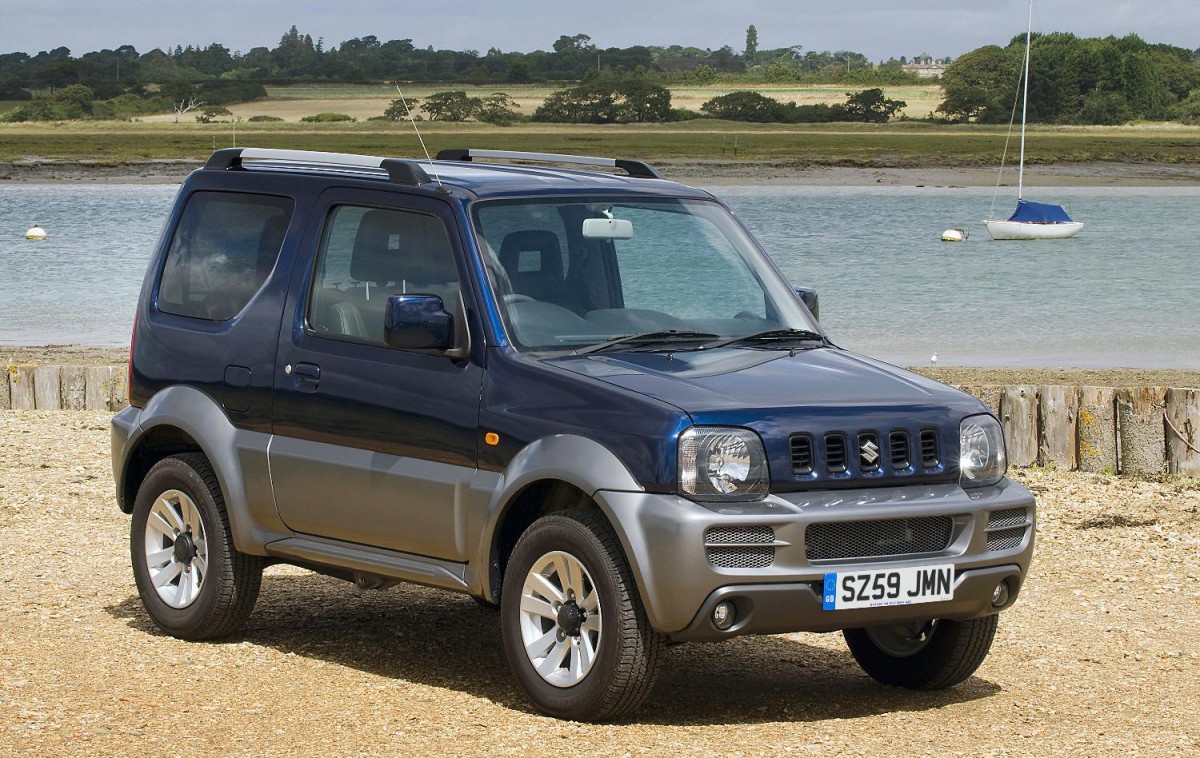 If you're after a go everywhere car you can look no further than the Suzuki Jimny, it was first launched in 1998, for around £5,000 you can get a relatively high mileage late 2000s/early 2010s car. The Jimny isn't the most refined car on the road, but it can go anywhere other cars can't, which is particularly helpful in the winter when the white stuff starts to fall.

The Jimny's performance figures are nothing to write home about, it takes 14.1 seconds to reach 62mph (17.2 when the automatic gearbox is equipped), it has a top speed of 84mph. Fuel economy can be a bit low if using the Jimny at motorway speeds as the engine revs to 4000rpm at 70mph in fifth gear, the boxy styling doesn't help economy either.

On the inside the Jimny is quite basic, there's no adjustment to the steering wheel or height adjustment on the front seats. The front has a decent amount of head and legroom but rear passengers don't have this luxury. In 2005 the Jimny had a facelift giving a new transmission and new dashboard. The most desirable model is the range-topping JLX+, which features air-conditioning, part-leather seats and electric windows.

Things to look out for when buying include; three-spoke alloys have the tendency to buckle, wear on the axles, as oil should be changed every 9,000 miles but sometimes isn't, axles can also be leaky, front discs warping, wear in the trailing arm bushes of the rear suspension and any underside damage from off-roading. 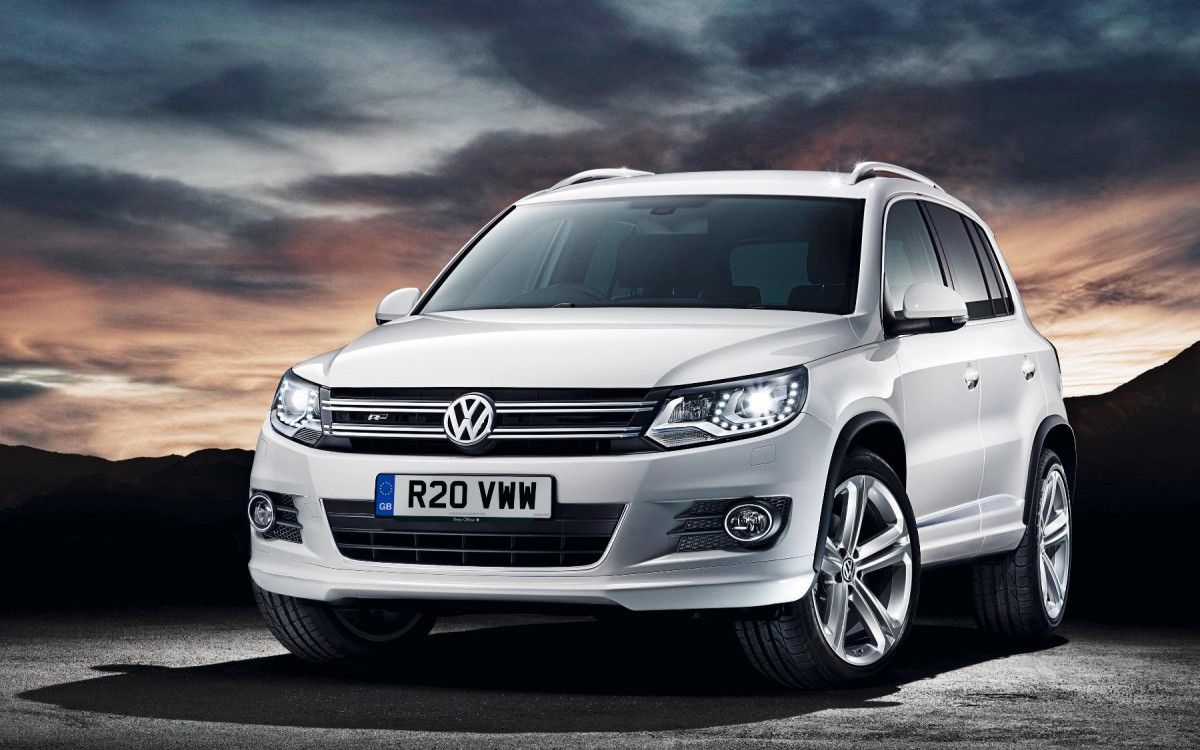 The Tiguan is Volkswagen's compact crossover, it may be smaller than a proper SUV but it has plenty of room inside. It has a refined driving experience with a quiet engine, and the agility you'd expect from a Volkswagen.

The Tiguan is slightly more pricey than it's rivals, in its initial cost and also running costs, worth bearing in mind when buying. The Tiguan is one of the most capable crossovers on the market so it is worthwhile stretching that little bit. Volkswagen is known for their build quality and reliability

The Tiguan comes as standard with reclining rear seats, leather-trimmed steering wheel, Bluetooth connectivity, cruise control and an eight-speaker infotainment system with an auxiliary port. These features make it a pleasant place to be.

A plug-in hybrid version of the Mitsubishi Outlander, since it's launch in 2014 it has become the best selling plug-in hybrid in the UK. It has an electric-only range of 33 miles with CO2 emissions of only 41g/km with a claimed economy of 166mpg. A 2017 model is within the £20,000 budget.

The car starts up in full-electric mode, at low speeds it is a very quiet experience, adding more speed adds more road noise into the cabin. An EV priority mode is available which allows the use of electric-only at the touch of a button, given there is enough charge in the batteries. When using electric-only mode the instant torque is impressive to give a burst of acceleration, however as the Outlander is a big, heavy car it still doesn't feel fast.

The Outlander features new safety technology such as lane departure warning, forward collision warning, adaptive cruise control and auto high-beam. On the inside you get a decent amount of equipment; DAB radio, Bluetooth, a reversing camera and parking sensors as standard.

The Outlander PHEV is a smart choice if you're looking for an SUV with cheap running costs, while still having the ability to deal with harsh terrain and adverse weather conditions, perfect for a British winter.

If you have deep pockets you can get a low mileage 2018 Land Rover Discovery. The Discovery has always been the car you think of when hearing SUV, now in its fifth generation, it is still one of the best off-roaders on the market, capable, practical and as much road presence as ever.

The Discovery has a much more utilitarian look about it compared to many of its rivals, with a boxy shape, black plastics and skid plates. The looks are also functional, serving a purpose for off-roading, Various modes are selectable including; grass, gravel and snow, making it ideal for winter.

Inside the Discovery there is soft plastics and brushed metal trim which come as standard, however, sat-nav and leather seats do not. The interior is roomy giving plenty of space for tall people, it has seven seats, with two seats in the boot, they are suitable for adults too, unlike most seven-seaters. The five seats in the back can all be folded down to give a huge space for cargo.

The Discovery uses air suspension making it very comfortable, gliding over bumps, it also means it doesn't feel as tight in the corners as some of its rivals. Plenty of safety equipment is included on the Discovery, giving the driver peace of mind.