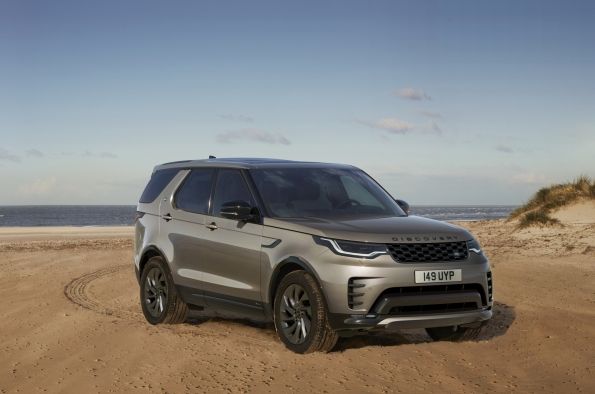 The all new discovery has landed, and to be honest… it doesn’t look too much different! Not to worry though, as this new model has been spruced up all over according to Land Rover. With Discovery sales falling away with the last iteration, the new car is available to order starting from around £53K.

Starting with some of the more subtle details, the new Disco comes with all new LED headlights, sporting the jewel-like design and also bringing sweeping indicators as standard. The exterior also gets a refresh with a new front and rear bumper design, along with new side skirts. Some may be in the same camp with the rear alignment, as this was a contentious point in the last version, Land Rover have decided not to change it. Wheel designs from 19” to 22” to complete the look.

The interior reminisces of recent Jaguar models but brings in some modern touches to this newest of Discos. The most notable addition is the Pivi Pro infotainment system, with an 11.4” touchscreen which is 48% larger than its predecessor. Other additions include Apple Car-Play/Android Car-Play and a fresh new head-up display.

In the back seats, Land Rover have fitted click&go tablet holders along with climate controls, not so ideal if you have young kids that like to fiddle with buttons! The gadget list continues with hands-free tailgate operation by waving your foot under the rear bumper, and advanced bluetooth technology allows 2 connected smartphones at one time, although it doesn't seem like that was really a requirement for anyone? The inside updates are finished off with the 360degree camera system with Clearsight Ground View which featured in its debut on the new defender.

Now, the new Discovery has plenty of options in the engine department bringing in a trio of new Igenium straight six units giving a mild hybrid option for the first time in a Disco! Four options, 2 petrol and 2 diesels. The options are as follows:

All of the new models feature air suspension with the D250 missing out on adaptive dampers. The intelligent all-wheel drive distributes torque to each axle as it requires for optimum efficiency and off-roading ability. Topped with a best-in-class 3,500kg towing capacity, this is a tough machine and still retains the raw components that make it one of the worlds most popular SUV.

Well, the new Discovery seems to tick all the right boxes and meet the high standards that it has set for itself over the years. With more intelligent all-wheel-drive and re-vamped interior design and tech, along with the introduction of mild hybrid technology this could be the perfect Disco to take the reigns of the brand and carry it into the new year and into the changing automotive marketplace.

Thanks for stopping by! If you'd like to read some more of the latest industry news, why not check out some of our other posts?

Thinking of a Discovery but unable to afford a brand new one? We could help! Have a look at some of our amazing offers on second-hand Discos here.