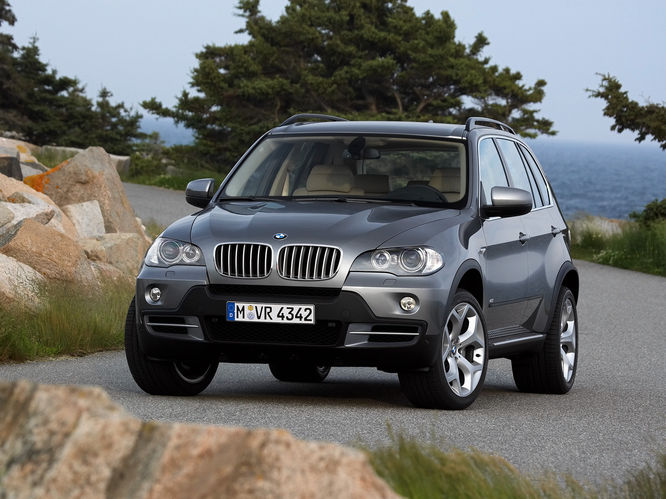 If you want a go-faster SUV, the BWW X5 is one of the best, and it makes a good used buy! It’s hard to remember, but the original BMW X5 was quite a departure from the SUV norm when it was launched at the end of the 1990s. While most of its rivals were heavy, bulky machines with a separate chassis and ponderous road manners, the X5 was far more car-like.

The second generation of BMW X5 – launched seven years after its hugely successful predecessor – added polish and an extra helping of practicality. For the first time, the X5 offered an optional third row of seats for two children. Despite having now been replaced by a third-generation X5, the Mk2 remains in high demand, and values on the used market are strong. This means it’s more expensive to buy used than some of its rivals, but its capabilities really aren’t far from matching those of the current version.

Fuel economy is not a strong suit of any BMW X5. The diesels are by far the most frugal, The later xDrive40d could manage 37mpg, but the entry-level xDrive30d is unlikely to return much more than 32mpg. The 3.0-litre petrol engine can return up to 28mpg if driven calmly, but the 4.8-litre V8 has to be driven very gently indeed to show you more than 20mpg. Annual road tax charges are intimidating, too, no thanks to high CO2 emissions.

Like many BMW models, service is based on a number of sensors and a built-in computer indicating when the car is to be booked in a garage. An X5 can go for up to 20,000 miles or two years between visits, depending on the kind of driving you do, but expect to pay around £400 when a service is needed. All X5s have chain-driven camshafts, so you don’t need to worry about expensive cambelt changes.

It’s hugely worthwhile holding out for an X5 with a full main dealer service history, with all maintenance carried out and any repairs undertaken. The X5 is a sophisticated car and shortcuts in servicing or cheap replacement parts should be seen as a red flag that might have saved money in the short term, but could lead to expensive problems in future.

What to look out for?

There are also a few niggly faults to keep an eye out for, including a glovebox catch that’s prone to failing. While inside, also check if a reversing camera is fitted and if it works, because the wire can work loose. Check the driver’s side door mirror, too: it’s self-dimming and if it fails or gets damaged you’re looking at over £300 to replace it. Also, check it hasn’t been replaced with a plain mirror, as this is a cheap fix.