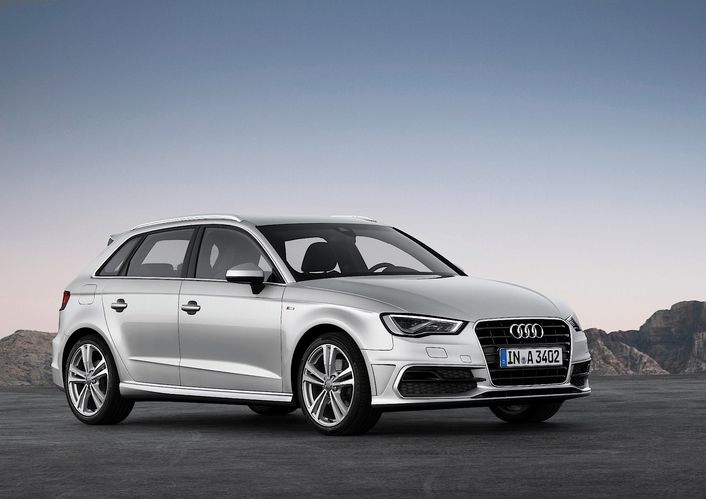 The A3 Sportback is the 5-door family car that can be almost anything you want it to be. From suped-up racers to sensible, comfortable commuters, the A3 covers the lot! The 5-door is popular, with around six times as many of them on the used car market as there are three-door models. The two extra doors make the Sportback’s appeal easy to understand, plus it has a bit more presence about it, being slightly longer and taller.

What levels of trim are there?

In 2016 the A3 was facelifted, with a refreshed look, some engine updates, and the option of a new digital instrument display. It also received a number of new safety systems, such as a semi-autonomous traffic jam assist function. Among the revisions, a sweet and lively 1.0-litre three-cylinder turbocharged petrol engine was added to the range, effectively replacing the earlier 1.2-litre unit.

The facelift also meant the popular 1.4 TFSI 150 petrol engine was replaced by a more efficient 1.5-litre TFSI unit, and the S3’s turbocharged 2.0-litre four-cylinder engine gained an extra 10bhp, taking it to 306bhp!

You still have to be careful when choosing which one to buy, though, because the S line models have larger wheels and firmer suspension that can make the ride too fidgety (although some will have been specified with the regular Dynamic suspension, which is the more forgiving set-up). This suspension does help the A3 stay even more upright through tight twists and turns, but the handling benefits are small and, given the degradation in ride quality we'd stick with the softer Dynamic suspension for the sweetest ride.

Of the petrols, the 2.0-litre is a rare bird and expensive. In any case, the 1.4 TFSI is the pick for us! Of the two diesel engines, the 1.6 TDI is more numerous but you’re better off with the 2.0 TDI, which is quicker and more relaxed at a cruise but almost as economical. It was more expensive new, of course, but thanks to diesel’s fall from grace, its premium has all but vanished. For example, we found 32,000-mile, 2016/66-reg examples of both engines priced at £12,500 apiece. It pays to shop around.

Is the A3 Sportback reliable?

The A3's reliability depends on which engine it has. In last year's reliability survey, petrol models finished further down the rankings in 17th place, but diesel models managed to climb up to the lofty heights of 2nd, just behind the Hyundai i30. In the latest survey, the A3 finished in 18th place out of 24 cars in the family car class.

Don't be discouraged though, as Audi as a manufacturer performed not terribly. Good news is the A3 has been around for a while and its tried-and-tested major components are shared with many other Volkswagen, Seat and Skoda models, so spare parts are not expensive!

Which A3 should I buy?

Whether to choose petrol or diesel power depends largely on how high your annual mileage is and how you will be using the car. On the whole, we prefer the smoothness of the petrols, notably the 148bhp 1.4-litre TFSI if we were buying an older car, or the 1.5-litre engine if we were looking at a later one. We'd recommend Sport trim. This gets you a host of extra kit, including dual-zone climate control, sports seats, and bigger 17in wheels.

The family hatchback class is a crowded and hotly contested one, so there are many serious alternatives to the Audi A3...

The most obvious is the Volkswagen Golf. This is the archetypal small family car and long-term king of the hatchbacks. Because it shares most of its running gear with the A3, the Golf has the advantage of offering nearly everything the Audi does but at a slightly reduced premium. It also offers a similar range of engines and several trim levels to suit all tastes.

The Ford Focus has always impressed us for its practicality nearly as much as its driver appeal. The latest version, launched in 2018, is a real humdinger to drive, with eager handling and a fine ride. That said, the A3 (and indeed the Golf) are both nicer cars to be in.

With a wide range of trim levels, engine options, and sportiness, we are sure you will find a model that will suit you. On the road, you'll find that every version, no matter of what age, is great to drive. Overall, though, this is an impressively refined car that’s also supremely agile and a pleasure to drive, with precise steering and surefooted handling. It'll change direction with more zeal than, say, a Golf or Skoda Octavia, and there are buckets of grip, and body roll is kept neatly in check. It's really only the Ford Focus that offers keen drivers more fun, especially in its latest version. There are also four-wheel-drive variants, badged Quattro, for added traction in slippery conditions.