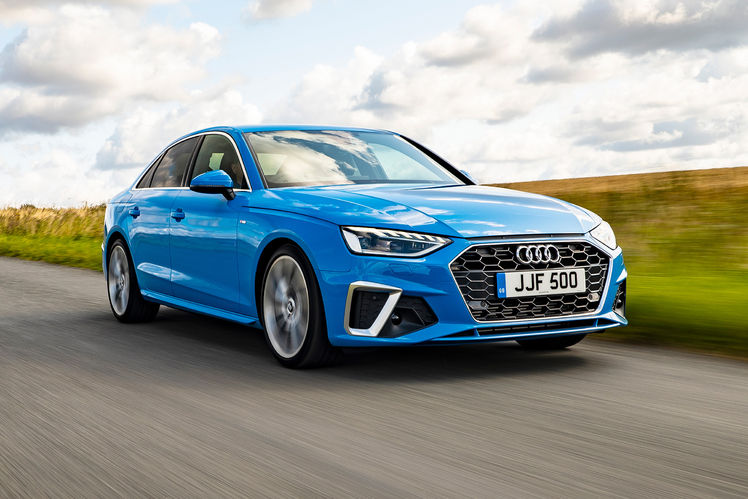 The Audi A4 has always been a well-thought-through car we always thought, with the latest technology that makes it feel more premium than similarly sized cars such as the Ford Mondeo and VW Passat, which are of course cheaper.

But when buying on the used market, what should you be looking out for with this up-market family car? Along with rivals BMW 3 Series and Mercedes-Benz C-Class, the A4 offers a premium-quality feel that buyers are increasingly looking for. It looks sharp on the outside and the interior has wonderful levels of comfort.

The great thing about facelift time in a car's generation is that values of examples built before that drop. This is good news for used car buyers looking at the slightly older shape Audi A4, because it went under the surgeon's scalpel in 2019, making pre-facelift examples of one of the best executive saloons around even better value.

There’s always been an extensive line-up of engines to choose from, too, with 1.4-litre and 2.0-litre petrols along with punchy 2.0 TDI and 3.0 TDI diesels. All the engines, bar the 1.4, are available in two states of tune, depending on whether performance or economy is most important.

There are four core trim levels to choose from. Entry-level SE comes with xenon headlights, 17in alloy wheels, cruise control, parking sensors, autonomous emergency braking, tri-zone climate control, and a 7.0in infotainment system complete with smartphone integration and a DAB radio. Of course, this leads all the way up to the S4 with sports massage seats, Nappa leather, and stylish body kits, etc.

Where the A4 is in its element is on the motorway; it’s not as exciting to drive as the more agile BMW 3 Series, plus the A4 lacks any form of steering feel. Ride quality is also rather poor in the larger-wheeled S line and Ultra models, which also have lowered and stiffened suspension, although you can resolve this if you can find an example equipped with the optional adaptive dampers.

Audi has built a reputation over a number of years for offering high-quality cabins and the A4 does nothing to undermine that. The dashboard layout is practical and logical, with a large, slim 7-inch colour screen for satellite navigation and other infotainment functions. The materials all feel as if some money has been spent on them and the lighting is subtle and sophisticated. In the rear, even six-foot passengers should be able to get comfortable, while the 480-litre boot is identical to the C-Class and 3 Series in capacity.

Is it expensive to run?

The A4 has impressive on-paper economy figures, but it can’t live up to these in normal driving. Under those circumstances, the 1.4 TFSI will achieve nigh on 40mpg, according to the older NEDC tests, while the lower-powered 2.0 (badged 190) returns 37mpg. The 2.0 TFSI 250 is thirstier, recording 30mpg on average. The last of the petrols, the S4, will struggle to break 25mpg, but the trade-off is that it is agreeably powerful.

The diesel engines fare better, with the 148bhp 2.0 TDI averaging 50mpg under the NEDC tests, while the 187bhp version will return an mpg of mid-40s. The lesser of the 3.0 TDI engines will approach the 45mpg mark but the most powerful diesel, the 264bhp 3.0 TDI with an automatic gearbox and Quattro four-wheel drive, will average 30mpg. The best A4 for economy, thanks to special tyres and other enhancements, this Audi has an official fuel economy figure of 74.3mpg and is exempt from car tax.

This A4 is almost as economical as the TDI 150 Ultra but is more powerful, which is useful when the car is fully loaded up and makes longer journeys quieter. Sport trim brings a sat-nav.

Best A4 for Performance: Audi S4 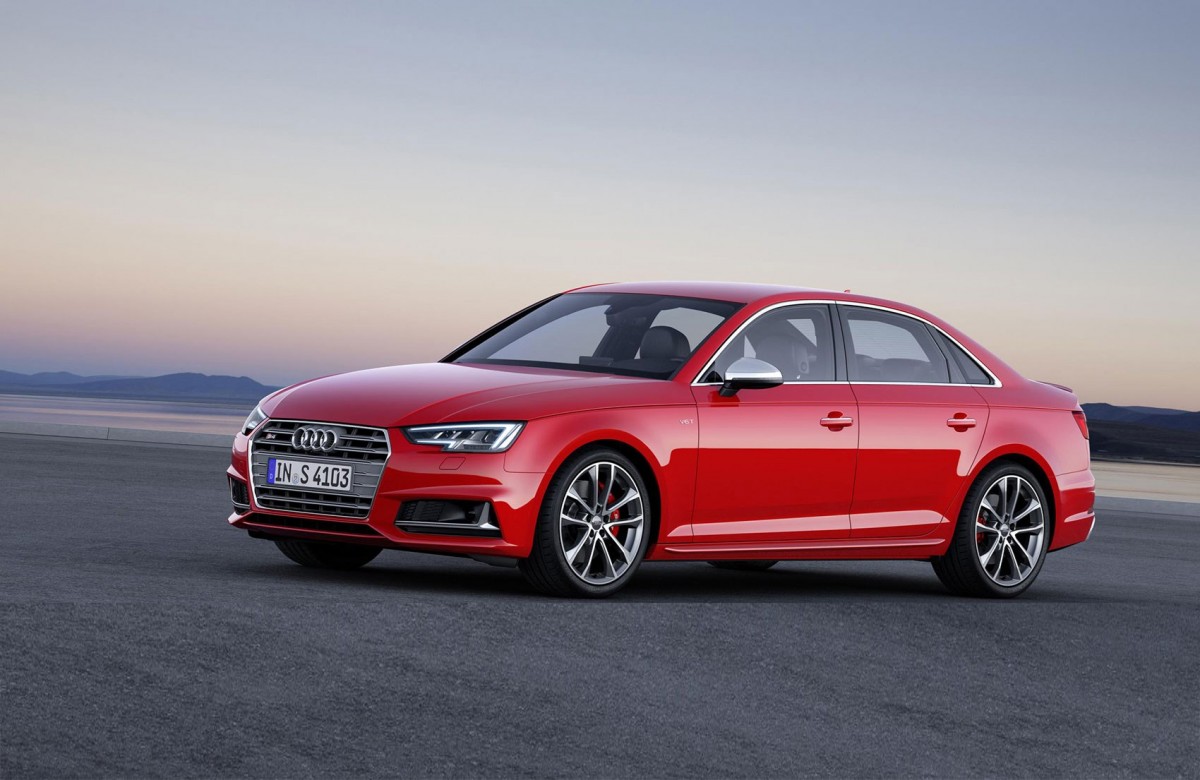 The fastest A4 has a different name - S4 - to highlight the difference between it and the rest of the range. With 354 horsepower - more than twice as much as the least powerful A4 - the S4 can accelerate from 0-62mph in 4.7sec!

So what changed then? Step forward this new A4, with the saloon, Allroad, and Avant estate versions arriving together. Only the bonnet, boot, and roof remain from the old car! 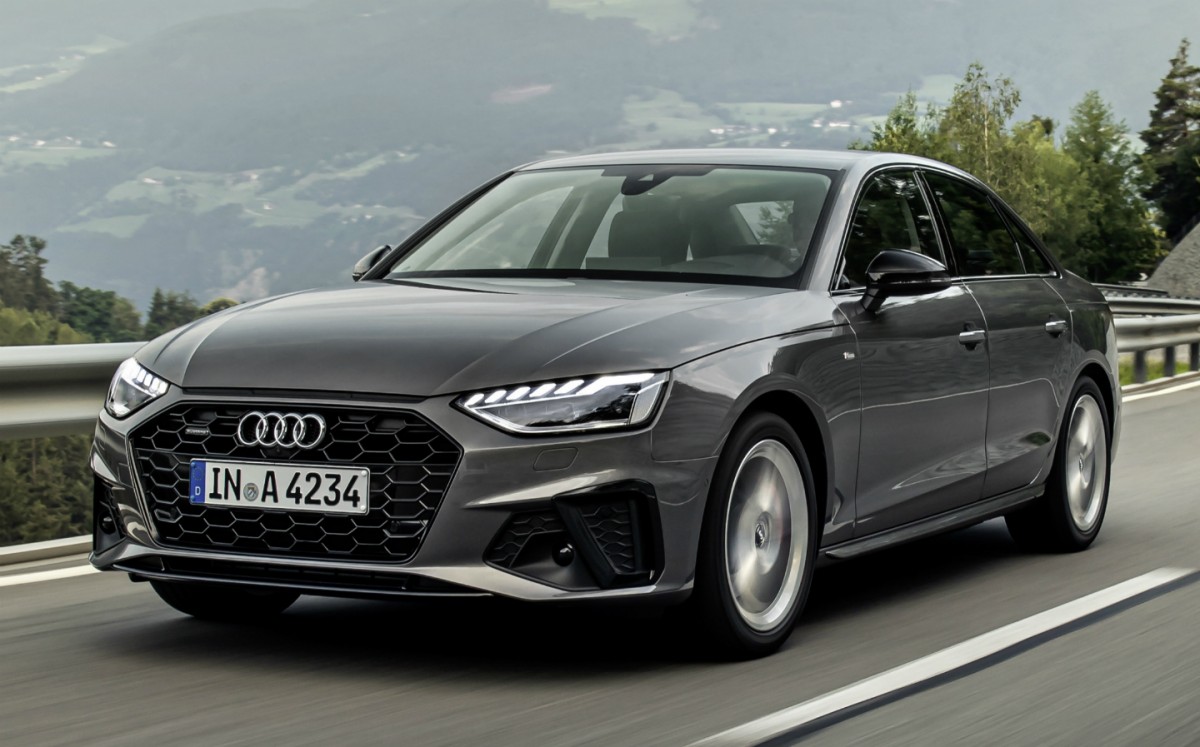 The bulk of the updates come at the front end. Larger air intakes are cut into a new bumper, while the grille is now wider and lower than before. It has a different look depending on the trim level, too, with horizontal slats for SE and Sport, vertical chrome slats – to hint at Audi’s SUV models – on the Allroad Quattro, and S line and S4 versions getting a honeycomb. The headlamps are new, too, with LED lights now standard on all trim levels, and clever matrix lights and fancy welcome ‘animations’ available as options.

Inside, the car remains much the same as before, but the infotainment screen is larger and sits more proudly on top of the dash. It’s 10.1 inches in size, crisper and now a touchscreen, but it doesn’t feature haptic feedback like the system on the flagship A8. The Virtual Cockpit digital dials also get a facelift, with different designs, while there’s a head-up display, and as before, a number of option packs are available to further upgrade the interior.

Is the A4 reliable?

The A4 appears in the 2017 Driver Power survey, placed in 53rd place (out of 75) in the list of best cars to own. It fares a little worse in the list of most reliable cars, coming 62nd. Audi, as a brand, is 18th in the list of most reliable manufacturers, a disappointing showing for a premium manufacturer, in the table of 27 carmakers. The A4 is backed by Audi’s standard three-year/60,000-mile warranty, which is comparable with its premium German rivals, BMW and Mercedes-Benz.

In other words, I wouldn’t be overly concerned about common faults, but watch out for any mistreatment by previous owners, as this is where many issues may come.

Of course, there are 2 other big German manufacturers that have competitive models, but it all depends on what you want from the car. The 3 Series BMW is a comfortable cruiser as well as an exciting rear-wheel-drive saloon, whereas the Merc is big and luxurious with plenty of premium quality materials. Both cost around the same area as an A4 of the same age, with the Mercedes probably pulling ahead as the more expensive option.