Many say it is all the car you will ever need, while others say it is too expensive for what it is. But with over 1 million registered in the UK, they must be right about something. To this day it remains Europe’s biggest selling new car, and Britain’s most popular family hatchback. But what are the things you should look out for when buying one second hand? This guide will take you through all of the Golf’s traits, toys, and common malfunctions.

Almost every driver in the UK will be very familiar with the styling of the VW Golf, with the most popular model in the UK being the Mk7. When it comes to the hatchback market, there isn’t many, if any, more successful than the Golf. This is not to say that it is loved by everyone, or that it is even the best choice on the market.

The standard Golf will come with not much, Bluetooth, A/C, and a good enough touchscreen infotainment system with 4 electric windows is about it. Move up to the rather better-equipped Match, SE or SE Nav and you'll add 16in alloy wheels, automatic lights and wipers, a leather-trimmed steering wheel, power-folding door mirrors and adaptive cruise control, plus many useful driving aids, infotainment upgrades and safety features. Post 2017 facelift models have a slightly larger and higher definition screen too. Of course, the higher up the range you go to the likes of the famous GTI or range-topping R, you can find options like lane-assist, newer head-up displays, Apple CarPlay and of course, more power!

The VW has always been a favourite of parents for their kid’s first car, as the standard safety equipment would make it hard for a Llama to crash this thing! Automatic emergency braking will stop most accidents below 30mph, which in itself is very comforting. But the Golf also benefits from a 5-star Euro NCAP crash rating for overall passenger safety.

Few family hatchbacks can compete with the smoothness of the Golf’s ride, and comfort on long journeys thanks to its quiet engines, low levels of wind-noise and ability to absorb bumps and potholes.

The options that you have for engine size and types in a Golf is staggering. You can have anything from the smaller 1.0, 1.4 and 1.5-litre petrol or diesel engines (with very impressive efficiency), to the larger 2.0-litre performance models, to the hybrid GTE or even fully electric e-Golf! All versions of the Golf have plenty of grip and hold stable at any speed.

The 2017 facelift tweaked the styling to the exterior, adding in some new efficient engines and more levels of trim. Eventually this was replaced this year with the Mk8 Golf.

Leaving aside hybrid/electric Golfs, the SE 1.6 TDI reaches levels of 72.5mpg and will average around 45-50mpg in normal driving. You still get enough engine grunt to keep you happy!

Obviously, the Golf R would be the pick for best performance Golf with always enough power to make you smile and 4 wheel-drive to get you around those corners on a wet day! The GTI is brilliant as well but loses out on 4 wheel-drive and not as much power. 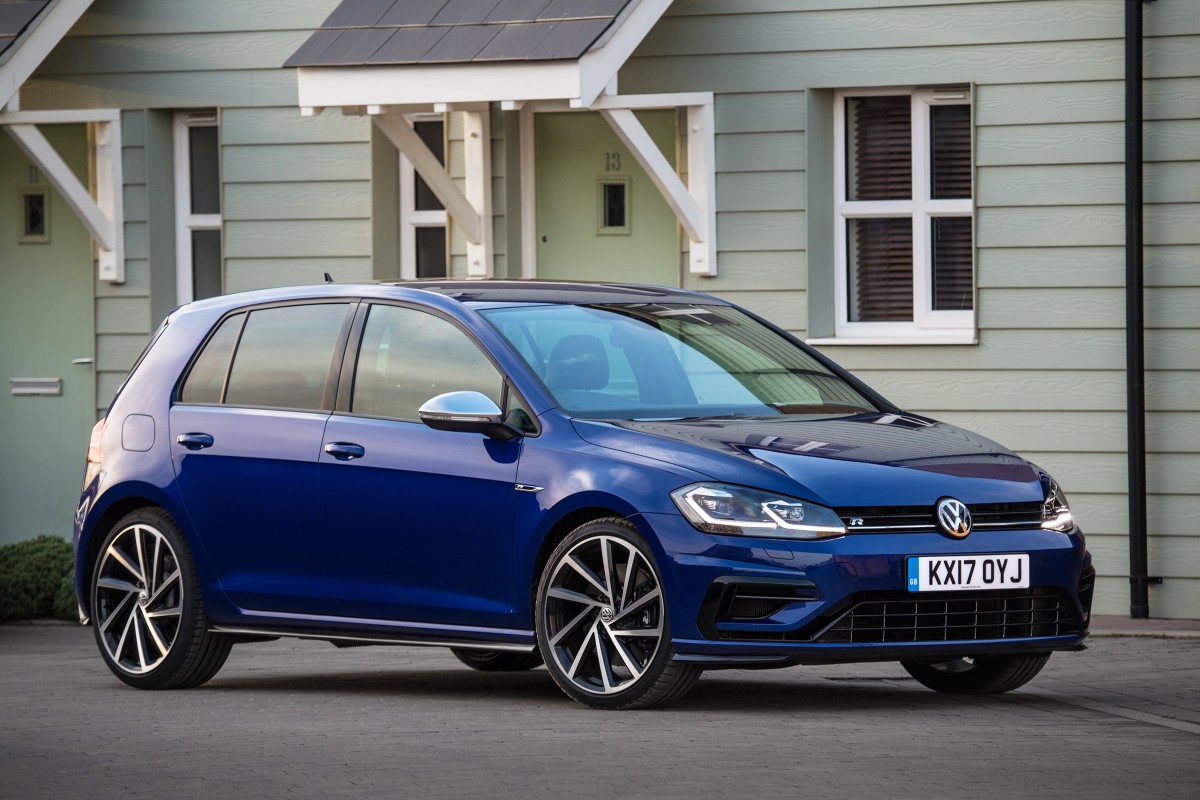 Considering this car was £18k new, the 1.0-litre entry level S model lacks acceleration, alloy wheels and most of the really good equipment. This one would be cheap used, but we would suggest going for SE trim and don’t regret not spending that extra few pounds!

If you are looking for a used hatchback that will last you, a Golf would be a safe bet. But there are other options out there worth thinking about, such as the Skoda Octavia, which has almost the same interior and infotainment system, more interior space, and larger boot for less money. 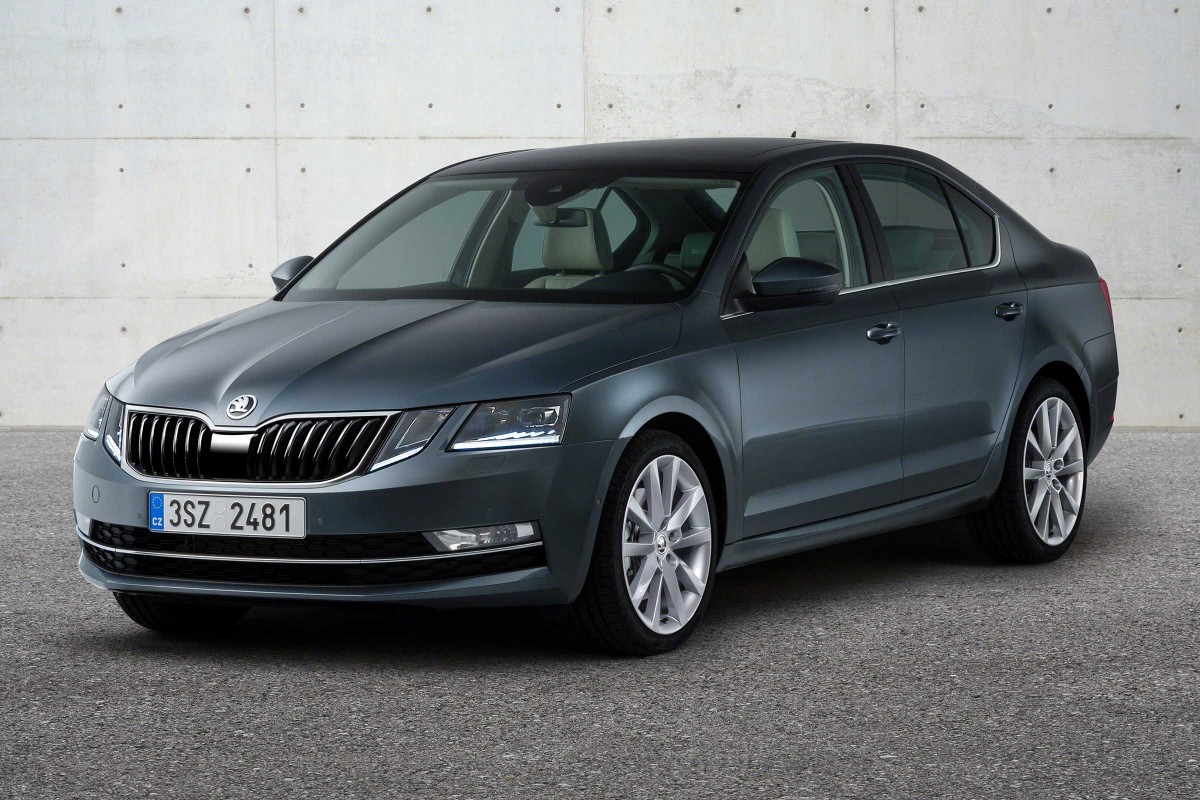 Or you could have the always popular BMW 1 Series with its stylish more up-market interior finish, rear-wheel drive and arguably better styling (depending on your taste). A used 1 Series is around the same ballpark as a Golf, but a little more expensive on average to run.

The Golf actually suffers from relatively few faults in general. The most common is a locking problem with the boot which can usually be fixed quickly with some WD40 (as can most things!). Another issue that comes up often is a squeaking or rattling noise coming from the front suspension. This means your anti-roll bar brushes need replaced.

When it comes to a Golf, it is hard to go wrong. You won’t be unhappy with the drive, the comfort and using it everyday will be easy! It remains as practical as it is fun, as well as remaining subtle and reliable.

Some of the biggest nearly new car savings can be made on higher-specification Golf GT or R-Line models, as you’ll dodge some of the significant price premium these trims command over the more humdrum versions when new. For instance, a new GT model with the 2.0TDI engine will set you back nearly £27,000 from new. However, a nearly new car costs will cost in the region of £17,000.

We currently have over 2,000 used Golfs on our website! If you think this could be your next car, then why not have a look and see if your new car is here!