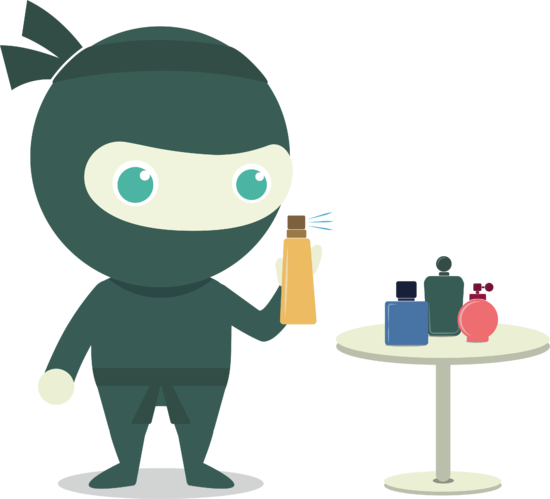 Which car brand has the best fragrances?

It's time to dive into 176 car-related fragrances that are readily available to buy right now. It may not be too well known, but many car manufacturers actually produce their own perfumes and fragrances. Some are much better than others though, and we decided to see who comes out as the victor in the eyes of the people.

For this study, we researched 176 perfume, cologne, and aftershave fragrances overall from 10 different car manufacturers. We then reviewed which one was more favourable in the eyes of the people. These were then ranked by ratings from real people via the fragrantica.com website, a top source of information on all perfumes and colognes. We used this site in particular, due to the fact that they had a big enough sample size of reviews for each. Fragrances with less than 10 votes were removed from the study, to make sure the results weren’t skewed by a lack of data.

In the study, though they are ranked by average rating, the table below also looks at a number of key aspects of each product to provide more context for each, such as the price, scents it includes, and the best scenarios to use it in. But it’s the reviews of real people that count, with the highest rated scent taking the number one spot.

Which brand has the most fragrances?

Before beginning the study, we had to find out just how many fragrances each car manufacturer has released over the years. Overall, we studied 176 from 10 different famous car manufacturers, where we looked at the number of fragrances released, which genders they’re aimed at, and the average rating across their range of releases from the Fragrantia website.

It’s Ferrari that dominates in terms of quantity, with 37 different fragrances for people to enjoy. Jaguar (35) and Mercedes-Benz (33) are very close behind though, with the former first releasing their ‘For Men’ fragrance back in 1988. Mercedes-Benz has only been releasing cologne and perfumes since 2012 but has managed to churn out 33, and counting, in less than 10 years.

At the other end of the scale, Fiat has only released 2 fragrances so far, as two parts of their Fiat 500 range. Both released in 2018, the Fiat 500 For Him actually comes out on top in terms of their average rating at 3.81 out of 5. Fiat 500 is generally a car that is more associated with women, but their For Her perfume rated at 3.73, with the floral accords mixing the likes of Pink Pepper with Jasmine and White Musk.

Car Brands Cater to Men with their Fragrances 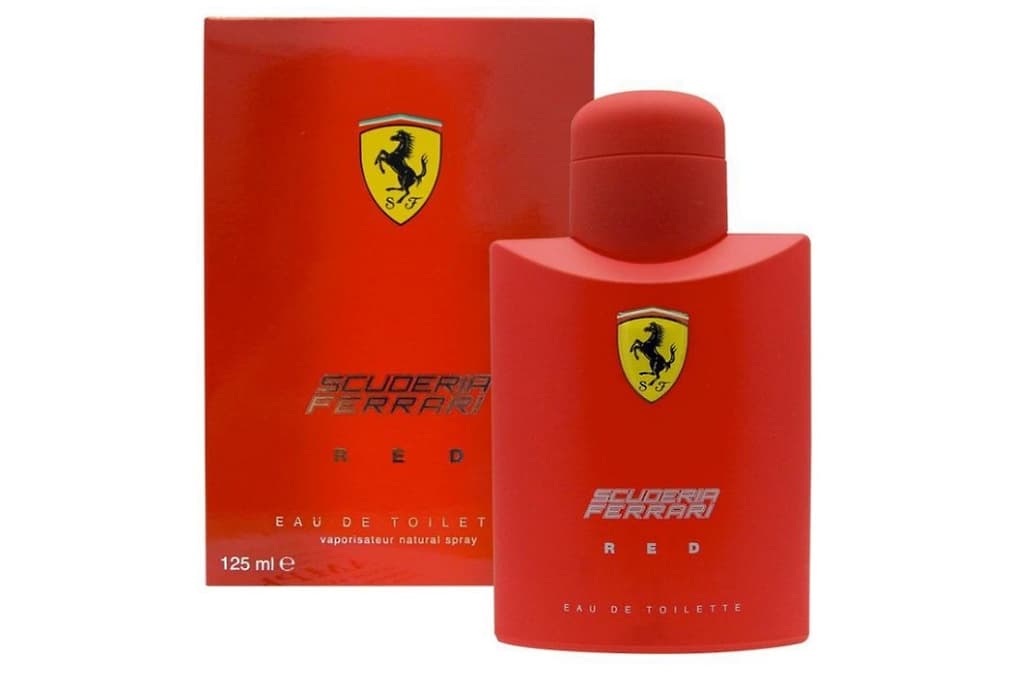 An interesting aspect of our study was that car manufacturers tend to focus mainly on creating fragrances for men rather than women. On the whole, of the 176 fragrances studied, there are 141 for men with only 22 for women and 13 that are labelled as unisex. It would appear that car brands prefer to use males as their target audience with musky colognes dominating the production. Mercedes-Benz and Jaguar produce the most female perfumes with 6 each, but they still pale in comparison to their 27 and 29 for men, respectively.

It stands to reason then that these brands believe their more profitable target audience is males, potentially with the viewpoint that the traditional oil and engine feeling of cars is better suited to men rather than women. This seems to be particularly true with supercar brands like Ferrari and Lamborghini, which only have 7 fragrances for women combined, compared to 59 for men.

Though they have only released 5 fragrances to date, the American brand Cadillac has the best average rating of all car manufacturers for their related fragrances. The company may have been producing automobiles since 1902, but their first venture into fragrances came in 2008 with their self-titled fragrance. It’s their Coupe cologne that has the best overall rating though, scoring 4.28 out of 5. First released in 2012, this aromatic fragrance mixes top notes of Juniper Berries, Nutmeg, and Bergamot with base notes of Musk, Vanilla, and Amber.

As their releases have had such high acclaim from users, it remains to be seen whether they venture into the odour world again.

Hummer may be the car of choice for celebrities and their security teams that was made famous by Arnold Schwarzenegger, but their ventures into the perfume and cologne industry have not been overly successful, in terms of their average rating. Only scoring 3.66 on average across their 4 fragrances, it’s fair to say the people have spoken. Particularly harshly reviewed is their first release from 2004, the self-titled Hummer with the warm amber scent not going down well. Many reviewers noted specifically that its longevity is very weak, and that it’s a bit too generic to really make an impact.

*Prices and ratings courtesy of fragrancex.com, perfume.com and fragrantica.com

German automotive giant Mercedes-Benz has the best performing fragrance, with their Club Black offering. It scored a phenomenal rating of 4.51 out of 5 from 691 votes and has achieved a fantastic reputation since its release in 2017. As is the case with 27 of their 33 products, it’s aimed towards men. Famed for its strong scent and longevity, Club Black comes in a classy yet elegant all-black bottle that features the iconic three-pronged silver logo.

This amber fragrance mixes the top note of Bergamot with middle notes of Incense and Jasmine, then base notes of Vanilla, Benzoin, and Ambroxan. Due to its high price of £77.11 (100ml), we believe it’s best used for a stylish black-tie event.

It shows the strength of their range that Mercedes-Benz is also in second place too, this time with their Cologne product. At the time of the study, it only missed out on the top spot by 0.02 in the overall rating, scoring 4.49 out of 5 with 492 votes. Another male-orientated fragrance, it was designed by Oliver Cresp with a citrus aroma surrounding the scent.

Several different fruity smells are combined, with top notes of Grapefruit, Mandarin Orange, Brazilian Orange, and Pink Pepper, middle notes of Lemon Verbena and Ginger, and base notes of Musk and Vetiver. At a decent price of £34.19 (120ml), this fruity fragrance is best used on a summer day, while enjoying a city break in one of Europe’s high-end cities.

The most recent release to make the top 10, the Bentley For Men Silverlake fragrance has caught the imagination of the public since 2020. Scoring 4.42 out of 5 with 84 votes, it does the upmarket British brand proud with top notes of Lemon and Mint, middle notes of Violet Leaves, Lavender and Pink Pepper, and base notes of Amberwood and White Musk.

Ideal in the Spring or Summer months, we believe it would be great for a meal out in a restaurant, and has the third-highest price in the top 10 at £69.50 (100ml).

With a similar background to the previous product, Bentley is back with their Absolute fragrance. Scoring 4.38 out of 5 from 1393 votes, this amber woody scent comes in a beautiful black bottle with a stunning gold top. The whole presentation screams elegance, which goes hand in hand with the reputation of Bentley, though it’s at an affordable price of £29.95 (100ml).

Launched in 2014 and created by Michel Almairac, this is very much an autumn or winter fragrance that is ideal for evening wear. The top notes for this aroma are Pink Pepper and Ginger, middle notes of Olibanum, Papyrus, and Sandalwood, and base notes of Atlas Cedar, Agarwood, Amber, and Moss.

Ferrari takes their only place in the top 10 with this Red Power Ice 3 odour. With a score of 4.36 out of 5 from 81 votes, Alexandra Carlin has managed to do the good name of Ferrari justice with this spicy aroma, while also putting it at a competitive price of £25.98 (125ml).

A fragrance for men first released in 2015, we would say that the ideal use for this fruity cologne is for a day at the racetrack, somewhere that Ferrari is often found on a Formula One weekend. The top notes here are Bergamot, Grapefruit, Cassis, and Coriander, middle note of Cardamom, and base notes of White Musk, Iris, and Amber.

With a rating of 4.36 from 83 votes, Mercedes-Benz is back with a well-received fragrance designed by Oliver Cresp. As the name would suggest, it’s a spicy aroma that mixes top notes of Sichuan Pepper, Star Anise, and Coriander, middle notes of Juniper Berries, Cardamon, and Ginger, and base notes of  Teak Wood, Cashmere Wood, and Ambroxan. At a middling price of £38.75 (100ml), this odour is just as good through the night as through the day and is ideal for an all-day road trip adventure.

The oldest product to feature in the top 10, the 1995 Jaguar Mark II is a classic that is very rare to find in the present day. As such, it’s much more pricey than the rest of the list at £107.82 (30ml). Scoring 4.35 from 51 votes, it’s a really old-school cologne that’s well known for its eternal longevity and strong scent.

As it’s particularly pricey here in 2021, it’s best to just use it on special occasions, such as an autumn or winter date night. An amber woody fragrance, the top notes are Mandarin Orange and Bergamot, middle notes of Patchouli, and Sandalwood, Amber, Musk, and Tonka Bean.

Also rating 4.35 out of 5 from 20 votes, Porsche makes their only appearance in the top 10 with The Essence Summer Ice. You’d be forgiven for being slightly confused as to when the best time to use this fragrance is, as ice is not something that is usually related to the summertime.

However, it is most certainly best used on a hot summer day as a cooling scent on your way to the beach, focused around the top notes of Mint, Juniper Berries, Amalfi Lemon, and Mandarin Orange, a middle note of Neroli, and a base note of Virginia Cedar.

A fourth appearance for the colossal Mercedes-Benz brand, the 2018 Man Private scent scores an impressive 4.34 from 117 votes. At an average price of £34.00 (100ml), the brown and gold coloured bottle and amber woody aroma both give off strong autumn vibes.

This cologne is best used for a light stroll around the park while watching the leaves fall from the trees around October time. It features top notes of Cypress, Cardamom, Artemisia, middle notes of Ambroxan, Labdanum, Lavender, and base notes of Cedar, Patchouli, Cashmere Wood.

A supercar brand with a stellar reputation, Lamborghini round out the top 10 with a score of 4.30 for their Titanium fragrance. First launched in 2001, it’s had a strong showing for the last 20 years and is just as good in the spring, summer, or autumn. Not too overpowering and with decent longevity, the affordable price of £17.69 (100ml) makes it ideal for long days at the office. There are top notes of Melon, Bergamot, Grapefruit, Tangerine, Red Apple, Green Notes, middle notes of Clove, Basil, Lavender, Birch, and base notes of Amber, Vanille, Musk, Sandalwood, Patchouli, Virginia Cedar. 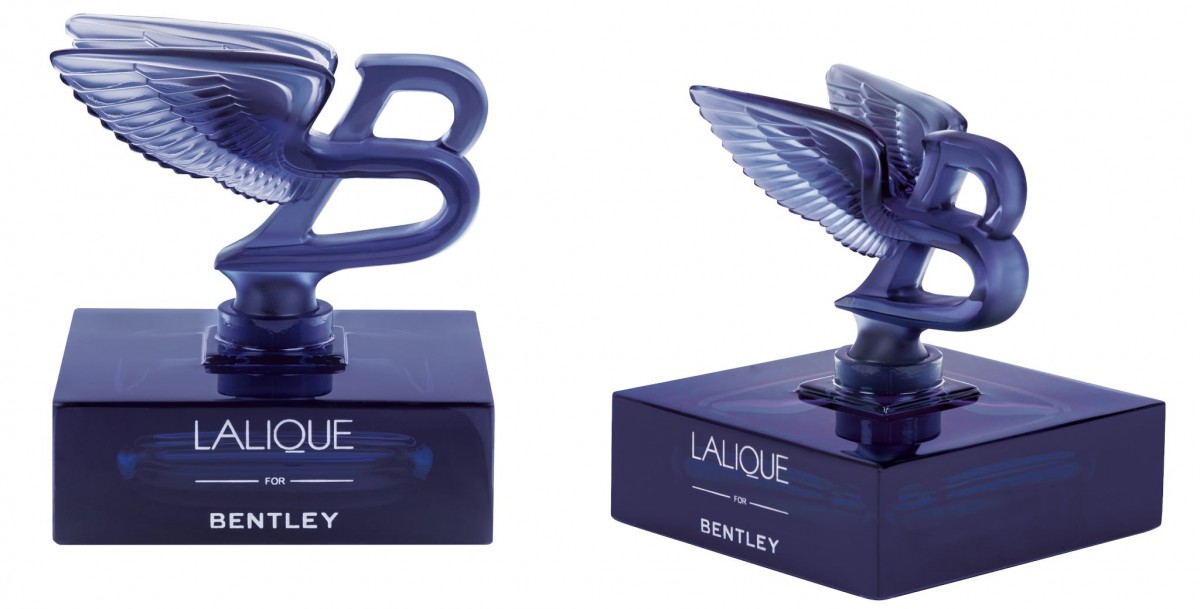 The hall of shame has a special place for the bottom-rated of all 176 fragrances that were part of our study. The unfortunate title goes to Bentley, with their Lalique For Bentley Crystal Edition with a terrible average rating of 2.55 out of 5. As a special limited edition, it’s a rare bottle to be able to get your hands on, with a big part of the poor reviews stating that the extortionate price of £3000 is way overboard. Considering this price, there’s nothing particularly special about it, so unless you have an eye-watering amount of disposable income, it’s probably one to avoid in the eyes of the people.