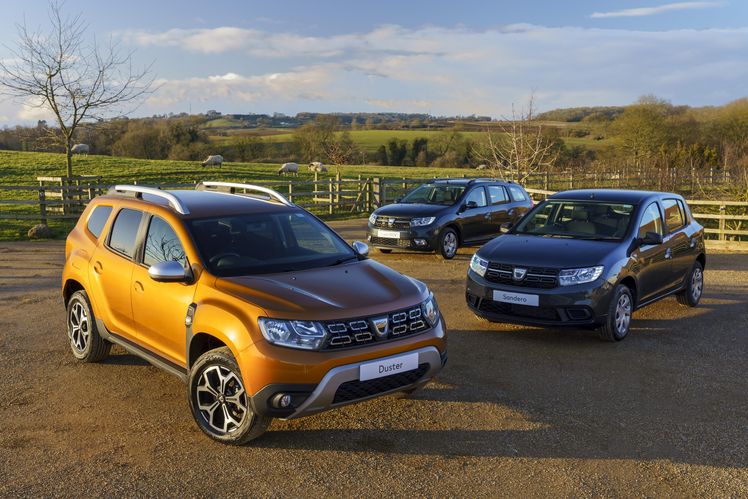 Choosing the new Sandero Stepway Bi-Fuel the average customer could save around £594 per year. Using the new powertrain in the Sandero, 39.8mpg is achievable, with only 116g/km of CO2 being produced when in LPG mode, down 9% compared to when using the petrol setting. When used in the Duster, 35.3mpg is achieved with CO2 emissions of 129g/km using LPG, which is 11% lower than when using only petrol.

With the quality of engineering and low running costs being underlined by the service intervals, which are the same as the normal petrol and diesel engines, an oil change is due every 18,000 miles or two years and a small annual service. LPG is available at over 1400 filling stations across the UK, it is also half the price of petrol and diesel at only £0.63 per litre, so cheaper and more economical.

A high-strength steel tank for the LPG has been added instead of the spare wheel, it is 32-litres in the Sandero, Sandero Stepway, Logan MCV and Logan MCV Stepway and 34-litres in the Duster. Boot space has not been compromised by adding this new LPG tank so has remained the same.

An LPG filler cap has been added on the opposite side to the petrol filler cap, making it easy to fill with LPG. The driver can choose which fuel to use at any time by pressing a switch in the cockpit. When the tank of fuel being used is empty the car automatically switches to the other fuel. A combined range of up to 620 miles makes it possible to drive from Inverness to Brighton without the need to refuel.

The new Bi-Fuel models come with the same three-year or 60,000-mile warranty as every other Dacia, the Bi-Fuel range goes on sale from February.