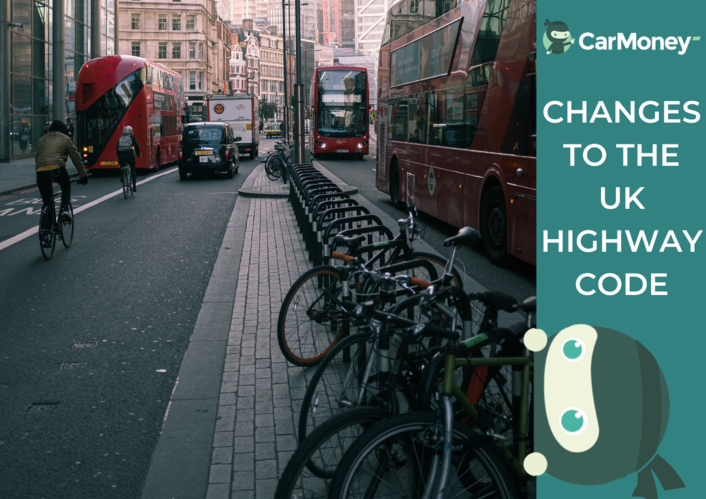 A Hierarchy of Road Users

The new and revamped code brings into effect a hierarchy of road users in which someone who poses a higher risk to others has a higher level of responsibility.

It is important to note that many of these changes are legal requirements and to disobey would be a criminal offence. They have also included some advisory measures (not legal requirements) that should be useful in avoiding any incidents:

But cyclists will also have to be aware, as the new regulations will bring in extra responsibility on the cyclist. They will have to give way to pedestrians on shared-use cycle tracks and to horse riders on bridleways and to slow down when necessary and let them know you are there, for example by ringing your bell or by calling out politely.

“Many people won’t have read the Highway Code for years, so it’s essential that the key changes are clearly explained, with simple, accurate and memorable messages." Duncan Dollimore, Cycling UK's Head of Campaigns.

“With cyclists feeling increasingly unsafe, these are welcome changes, but they will be totally meaningless if the public don’t know anything about them. A comprehensive national safety campaign is needed to keep cyclists safe on our roads, but ministers are missing in action.” Louise Haigh, the Shadow Transport Secretary.

These new changes should make our roads a safer place for all no matter the mode of transport!

A spokesperson for the Department for Transport said: “The proposed upcoming changes to the Highway Code will improve safety for cyclists, pedestrians and horse riders"

“The department has established a working group of key organisations to ensure that messages about the changes are as widespread as possible, and our well-established Think! campaign will continue to ensure all road users are aware both when these changes come into effect and beyond.”

If approved by parliament, the changes to the Highway Code will come into force on 29 January 2022.