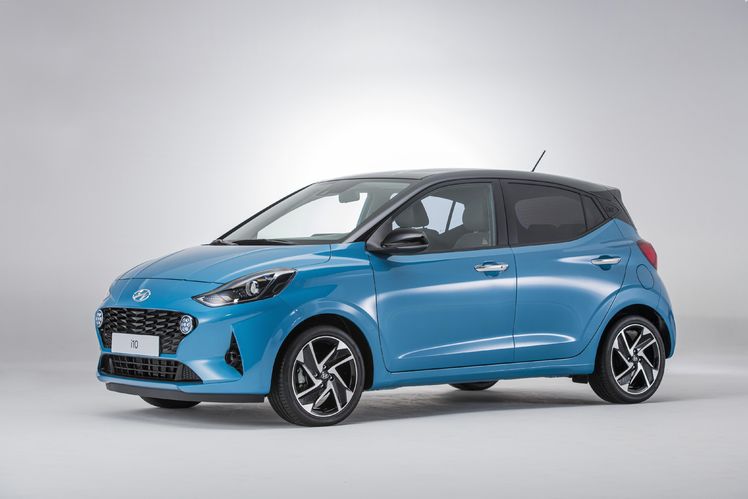 Hyundai has just unveiled the all-new i10, the 3rd generation of the city car, it has been redesigned from the bottom up. The new i10 has a new look, both on the outside and inside with added equipment and new driving dynamics. Unlike many of its rivals, the i10 features a proper five-seat layout compared to four-seat layout in most city cars.

The new i10 is wider and longer than the previous model, it also features a lower roofline too. The new exterior design is sleek and dynamic, it has a contrast of angular lines and smooth surfaces. To finish off the new look an optional 16” alloy wheel is available giving a swift new look.

The interior has been redesigned too, it hasn't lost any of the i10's usability though. The entry-level S spec has been dropped in favour of the higher-spec SE trim level to be the new starting point for the all-new i10. Standard equipment on the SE includes; DAB radio featuring a 3.8” screen, Bluetooth, air conditioning, electric windows, leather steering wheel and gear stick, electric mirrors, and cruise control. It also features a selection of safety equipment as standard; Lane Keep Assist (LKA), Driver Attention Alert (DAA), High Beam Assist (HBA), Forward Collision Warning System (FCWS) with Autonomous Emergency Braking (AEB), Lane Departure Warning System with Lane Keep Assist (LKAS) and eCall, which automatically phones the emergency services when there is a serious accident. The i10 SE is powered by a 1.0 MPi 67PS engine with a 5-speed manual gearbox and starts at £12,495.

For those looking for more connectivity and style the i10 SE Connect is available, it is available with the same 1.0 Mpi 67PS engine and a 1.2 Mpi 84PS engine, both engines will be available with a 5-speed manual or a 5-speed automated manual. It has advanced features over the SE such as; 15” alloy wheels, an 8” touchscreen, rearview camera, Apple CarPlay and Android Auto, Bluetooth with voice activation and two speakers in the rear. The SE Connect trim starts at £13,495

Another step up is the i10 Premium, with upgraded equipment such as; 16” alloys, halogen bi-function headlamps with position light, LED daytime running lights, fog lights and privacy glass. On the inside heated seats and steering wheel are added, a honeycomb design around the cabin including the dashboard, door, and gear lever surrounds. The i10 Premium starts at £14,495