Jaguar XJ gets the boot ahead of Electric Future 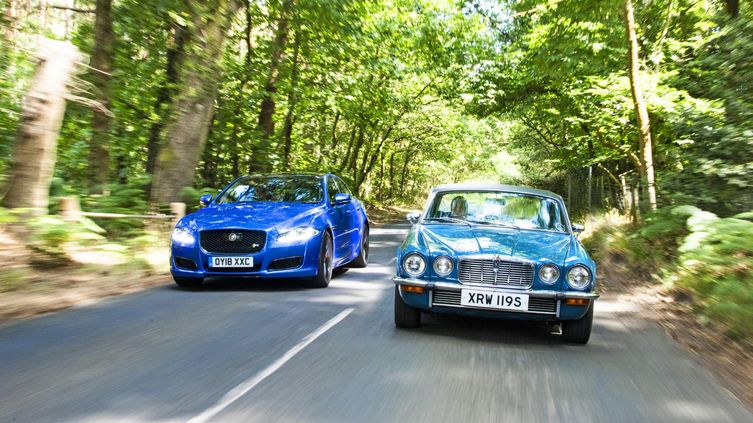 Like almost every manufacturer, Jaguar has declared its future as an exclusively electric car maker! This is amazing news as we look towards a new age of mobility, although the future of one of Jaguar's luxury models is uncertain. Jaguar announced that there will not be an electric version of their XJ model! You would think that EV power sits rather well in big, luxurious cars. Ones which will be driven briskly but smoothly – kinder to consumption – while possessing plenty of space to stuff batteries into. And those cells inflict a less catastrophic effect on weight when something’s porky in the first place.

It’s a perfect moment for the long-promised electric Jaguar XJ to lead the pack, then. Except… Jag’s given it the boot. “The XJ replacement did not fit,” said new JLR boss Thierry Bolloré as he announced the new product plan. “It was a tough decision; a lot of people have been working on this project.” The nameplate will remain for potential future use, we’re told. But if it doesn’t fit a Tesla Model S or Mercedes EQS rival now, when will it?

But with XJ EV years into its development, Jag’s quite literally pulled the plug. One can only assume there’s sound reasoning. Perhaps that smart new EQS looks insurmountable as a rival, and a big posh SUV is a much safer bet to draw in buyers. Whatever Jaguar does reveal, it’s going to have to be bold to convince me it’s a better choice than a new XJ. The car world just lost one of its biggest charmers.

The fact is we will all miss the class and elegance of the XJ. Even our Prime Minister uses a great big XJ to cruise around in! An electric version would be even more fitting for the times and ambitions for a zero emissions nation. Jaguar's plan may not have room for the XJ at the moment, but we hope this isn't the last we've seen of the big luxury limos from Jaguar.