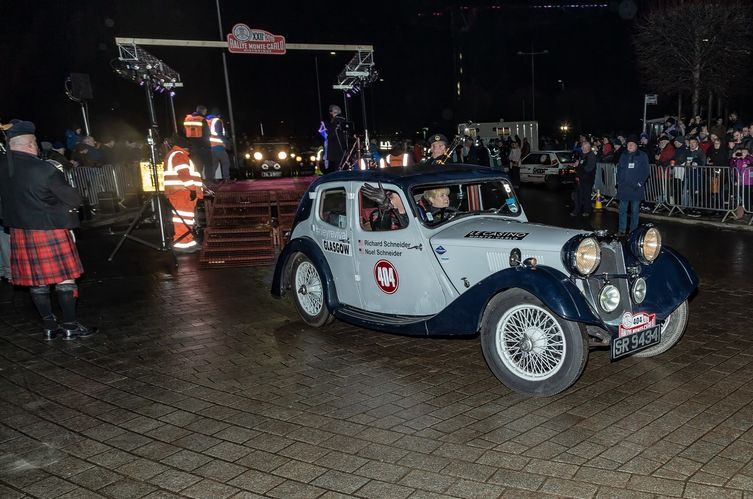 Ever fancied driving from the UK to Monaco for a romantic weekend or to watch the F1? What about doing it in January in a car that's over 40 years old?

Maybe not, but this is what a hardy group of competitors are doing as part of the classic Monte Carlo rally, driving from Clydebank, Glasgow all the way to Monaco, in an event organised by the Automobile Club de Monaco (ACM).

With over 70 cars leaving from Glasgow, from 1960s Jaguar Mk2 3.8 litres to a 1936 Riley Kestrel it made for quite the spectacle on a cold January evening.

Competitors will follow the same route to Monte Carlo but will not compete in any test stages, the goal simply being to finish after checking in at a series of control points on the way, including Dumfries in the south of Scotland, Barnby Moor in Nottinghamshire and Banbury in Oxfordshire.

Douglas Anderson, the UK co-ordinator of the event, was delighted: “It has been another wonderful Scottish start and it’s been great to return to Clydeside. The crowds got right behind the event and gave the crews a big boost on their demanding drive to the South of France. The Monte has a special magic.”