When it comes to car finance you will usually have two or three options, with the most popular 2 being Personal Contract Purchase (PCP) and Hire Purchase (HP). With PCP you can usually get cheaper monthly instalments as you are only paying the depreciation of the car’s value while you have it, then hand it back or pay off a lump sum to keep it. This is ideal for those who wish to change their car more often!

But all this can be very confusing when it comes to actually buying a car, and you can very easily get lost in translation with the jargon that gets thrown about, especially if this is your first time buying! So, to make it nice and easy for you, we have combed through our classifieds to find out exactly what a £300 budget for PCP finance could get you, specifically in the hot-hatch category. You would be surprised what you can get for that kind of money:

The ever popular Ford Focus ST and yes, you can get loads of options under £300, well equipped models with enough to make it onto this list! With its younger super-mini brother, the Fiesta ST being that bit more affordable, but lacking in cabin space and standard tech.

The Focus has been popular since its release in the UK, and the newer models are starting to come with standard tech such as Apple CarPlay / Android Auto and driver assistance. And with more than enough options below the £300 limit! 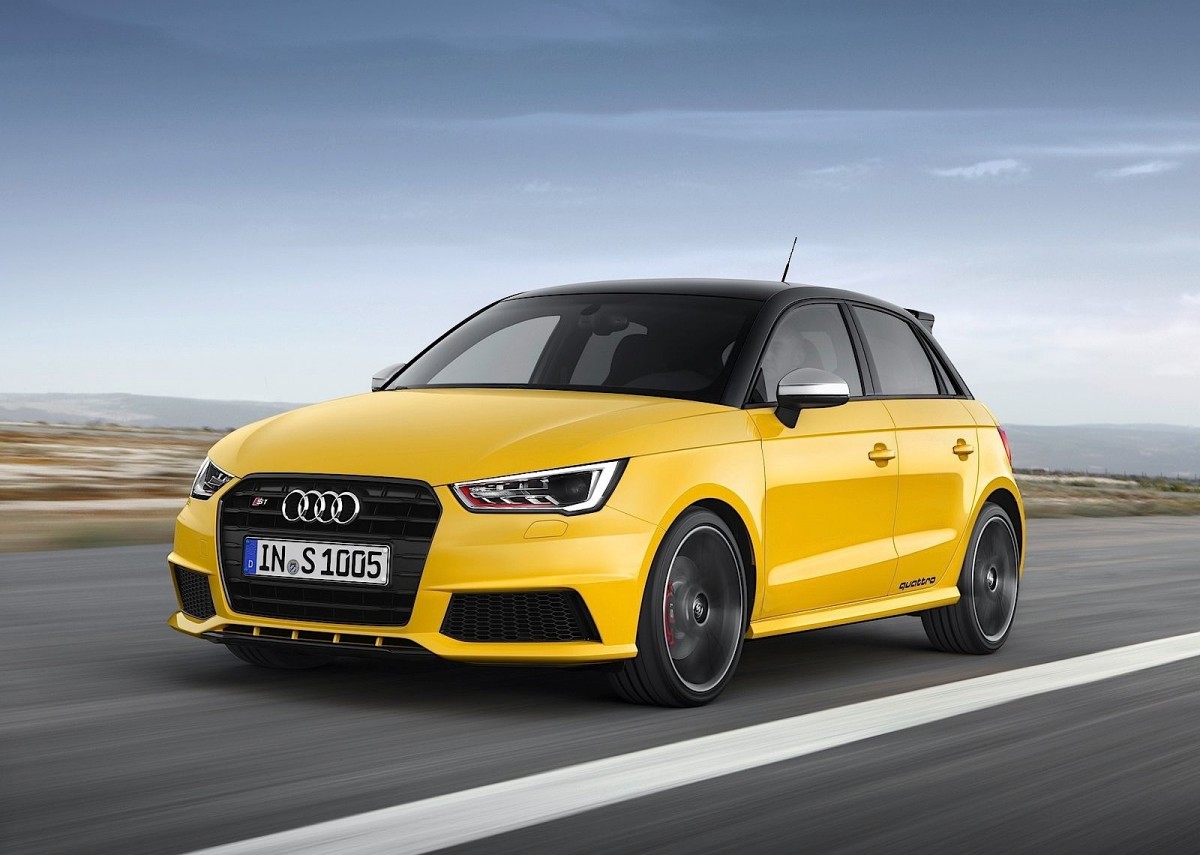 The sportier big brother of the A1, this car is famed for being super-light and dynamic, in other words, bags of fun! The A1 consistently reaches the top end of the bestsellers lists and the S1 is just the same car with more power, 231bhp to be precise. If you want a high-quality, sharp looking and fast little car to use on a daily basis, the S1 could be for you!

The S1 tends to come with Audi’s 2.0-litre 228bhp turbocharged petrol engine under the bonnet and can take what is already a small nippy car and make it even faster!

Yes indeed, a hot hatch that is just as comfortable on the track as it is on the road! The Megane RS isn’t quite as common as the Fiesta ST or Audi S1, or as practical, but it certainly does compete for performance! Recording the highest power output yet with 376bhp and reaching 62mph in just 5.6 seconds!

The speed is not the only impressive aspect, as the Megane RS is renown for its energetic handling and generally being a fabulously fun car to drive! Not advised if you are looking for a relaxing Sunday driver!

Whenever you hear the words hot hatchback, the VW Golf GTI I’m sure will be one of the first images to come to mind! Famed all over the world, with more than 420,000 Mk 1s sold globally! With its classic red trim and golf ball gear knob, you won’t mistake it for a standard model! With a very respectable 227bhp, the Golf can get to 62mph from a standstill in just 6 seconds!

With its classic 2.0-litre petrol engine, the Golf can be a sensible family car, comfortable commuter or even a track car if you want it to be! If you are looking for a hot hatch that can do it all, then it’s not a bad idea taking a look at the GTI… The king of VW’s Golf range, and the fastest production VW available, of course it’s the Golf R! With all the toys crammed in, it is very well specified as well as being well priced! With 310bhp, this 2.0-litre monster can take you from 0-62mph in a mere 5 seconds! And with the likes of automatic braking, dusk-sensing lights and a class 4-wheel-drive system allowing this car to have its reputation!

It is also the most expensive on our list, with our cheaper models still sitting closer and above £20K, but you will be paying for the quality that comes with it! One of the most popular hot hatchbacks in the UK, the Audi S3 has been and still is a favourite among young drivers and experienced ones alike thanks to its reasonable price tag, brilliant chassis and engine combination and it remains very well equipped compared to its rivals.

Designed to be the bridge between standard models and RS models, the S range has been massively successful and popular. The used market is flooded with Audi S3s you can pick up a relatively new model for much less than our £300 budget!

Now, arguably more exiting is the superminis that have been upgraded to hot-hatch standard! They are sometimes more popular because of the lower price tag. The likes of the VW Polo, Suzuki Swift Sport and MINI Cooper S Hatch have all had these treatments! 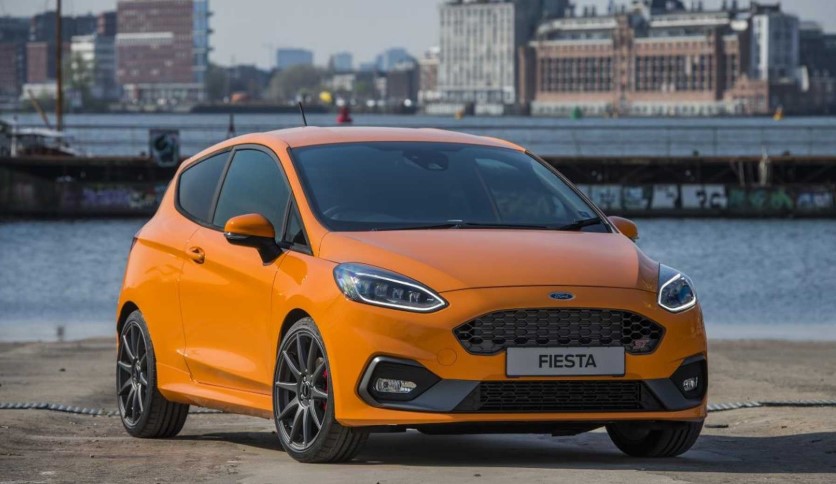 The Fiesta has not only been the bestselling car in Britain for near a decade now, and the sporty ST is just as popular in the hotter division. Boasting 182bhp with a sharp manual gearbox, this car is a lot of fun to drive and is economic enough to be used daily! That’s the beauty of the Fiesta!

With crisp handling, a wonderfully reasonable pricing and a fanctastic turbocharged petrol engine helped this car to 4 Car of the Year awards by What Car? Magazine! The newer models have something called cylinder deactivation technology, so it can run on only 2 to save fuel. Not to fear though, with all 3 firing, it can still push out a punchy 197bhp!

The Mini Cooper range has been a common sight on British roads, and the performance MINI's are almost as common. Its main strengths remain a strong engine choice, brilliant interior quality and spec, and endless personalisation options! But is this supermini really worth the price tag it commands?

The newer models share a large number of their components with its BMW parent company which is reassuring. The MINI brand has had a popularity revitalisation with the introduction of the all-electric MINI. If you are looing for a practical small car that has a bit of punch behind it, the MINI Cooper S could be the pick for you!

The lovable little brother of the Golf GTI and R, the Polo holds it own very well in the Super-mini category as one of the favourites. Powered by a 2.0-litre petrol engine with the best part of 200bhp in the newer shapes, with the pre-facelift models showcasing their 1.8-litre turbocharged engine with 189bhp!

The Polo may be lacking behind the Golf R in terms of specification, but it comes with almost all the same standard equipment as a Golf GTI, but for a cheaper price! You won't have the practicality of a big boot or loads of backseat space, but it will make up for that with the fun you can have with this car!

The Suzuki Swift Sport has proved itself to be a thoroughly enjoyable sporty hatch. Its tiny size and low weight make it as much fun in the city as it is on a twisty road, and the engine returns great fuel economy as well as giving punchy performance.

Its brilliant 1.4-litre turbocharged petrol engine is eager and feisty in every gear, pushing out 138bhp which is plenty in a car this light! You won't have any issue with boredom in this car!

Well, bet you didn't think you could have any of those models for less than £300 a month! The good thing about a PCP deal is, when you are bored of the car or if you don’t want to keep it come the end of the deal, or even halfway through the deal, you can trade it back in and it shouldn’t cost you much at all (depending on how much you have left to pay).

Not only will we deliver your new hot hatch to your door, but we are also giving all of our customers up to 6 nights at a choice of over 100 UK hotels and resorts! I think we could all use some time to ourselves away from the rush of modern life, so CarMoney are taking you and one other person away for a break on us! Yep, all you need to do is ask the ninja who is dealing with your application about it.