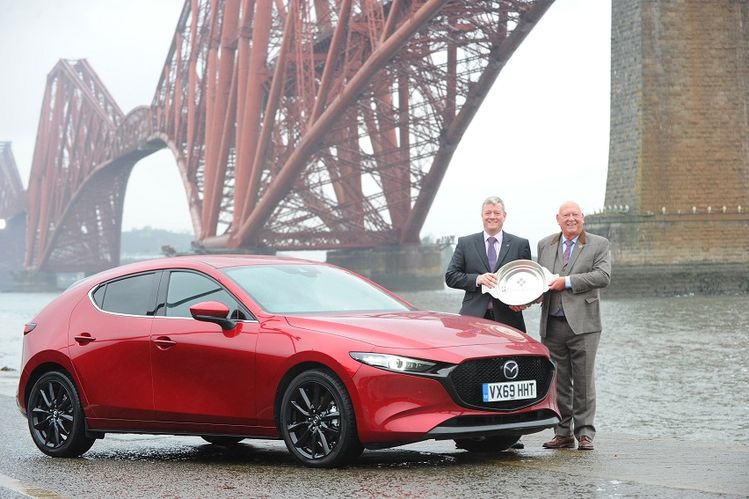 Looking to decide on which car to buy next? if you've decided on the type of car (supermini, SUV, convertible etc) then why not look to the recommendations of Scotland's top motoring writers from the Association of Scottish Motor Writers?

Having just held their Scottish Car of the Year Awards, you've now got a list of the best cars in each category to help you navigate the sea of new models from across the industry.

Although each size and shape of car has a winner, the judges also chose an overall winner in the Mazda3:

The head-turning newcomer, which debuts the company’s highly efficient and innovative Skyactiv-X petrol powertrain, was a clear winner in its Family car class and then triumphed over the other category champions to take the top title.

Mazda has previously been extremely successful in category wins but this is just the second time in the award’s 22-year history that the brand has scooped the overall honour.

Judged by the Association of Scottish Motoring Writers (ASMW) – which comprises of print, broadcast and online journalists covering the length and breadth of Scotland and beyond – the Mazda’s advanced Spark Controlled Compression Ignition (SCCI) petrol engine was a key factor in the model’s appeal to the judging panel.

“The new Mazda3 ups the game again. From its unmistakable sense of style to the sizeable leap forward in interior quality fit and finish and unrivalled real-world efficiency, it’s a car that appeals to the heart and head.

“Both the Skyactiv-G petrol and Skyactiv-D diesel models impressed the judging panel when experienced on a lengthy driving route for the model’s UK launch but the latest Skyactiv-X option is a revelation. This is a 178bhp 2.0-litre petrol car that really can deliver 50mpg economy. That’s outstanding.”

Across the rest of the classes, the winners were:

The SCOTY Hall of Fame