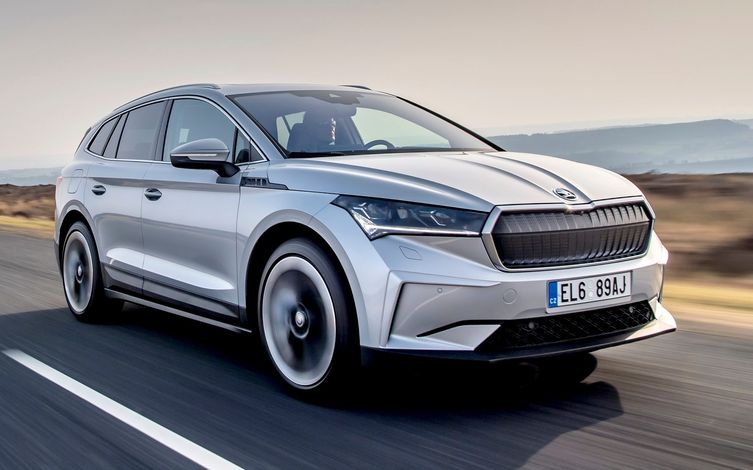 The Skoda Enyaq iV is available to order in the UK now. Prices start from £31,085 (including the government’s £3,000 plug-in car grant), making the new EV a slightly larger alternative to the Kia e-Niro and Hyundai Kona Electric. The Enyaq iV 60 has a 62kWh battery, which feeds a 178bhp electric motor mounted on the rear axle for a 0-62mph time of 8.7 seconds, and the pricier Enyaq iV 80 has an 82kWh battery, which gets 201bhp, but there’s only 0.2 seconds between their 0-62mph times and they both have an equal 229lb-ft of torque.

Buyers of Skoda’s full-electric Enyaq iV SUV can now specify the distinctive Crystal Face illuminated crystal-effect grille, helping it stand out on the road. The Enyaq is not meant to re-design what a car really is, it is still meant to be something you can still get use out of. It’s evidenced by the fact that you still can throw a bike in the back of it, and even tow a trailer with the Enyaq which not many EVs are certified to do so, which gives the iV a genuine point of difference from some other electric family SUVs. 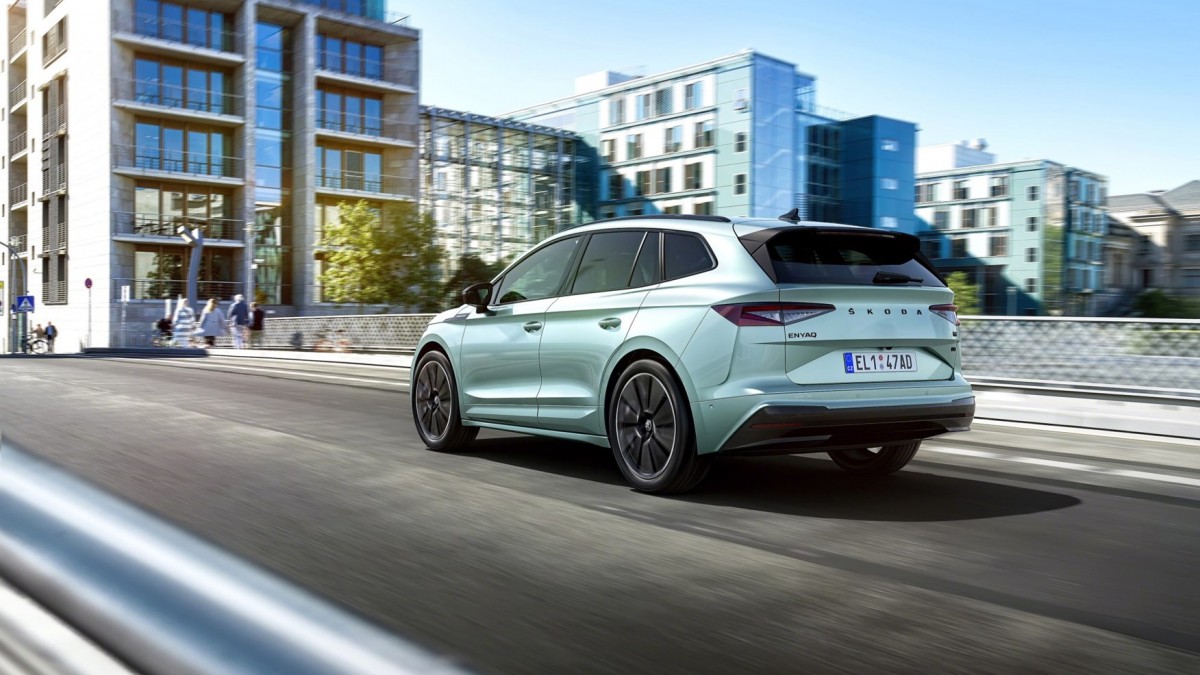 How does it fare against competitors?

Against the iD4, the Enyaq is actually slightly larger. Over 100-litres more boot space with all the seats folded flat, which is not to be sniffed at. And, at the outset at least, it costs less. The Skoda also looks and feels a bit more conventional, you wouldn’t mistake an ID.4 for a normal car, but you might an Enyaq which will please as many people as it disappoints.

Despite being rear-wheel drive, it’s not a car you’ll really love driving along a B-road, which is fine! It’s a family SUV, so it doesn’t have to be. All the Enyaq needs to do is get your litter of sprogs from A to B without making them sick!

How quick is it?

Well, 0-62mph takes 8.2 seconds in the 201bhp 82kWh car or 8.4 seconds in the 177bhp 62kWh car. 0-30mph will feel pretty punchy if you’re coming from a standard/non-electric car. Skoda also claims a very impressive sounding 333miles of range, but we would take that number with a pinch of salt...

First off, it is already far better than its cousin the iD4, because it has fewer of those infuriating touch-sensitive buttons and sliders!

The steering wheel gets the usual array of volume controls and buttons that are far safer than the silly touchscreen buttons on the VW. The infotainment screen is also nice and big at 13-inches across. Takes a minute to wake up when you switch the car on, but after that, it responds pretty quickly to your inputs.

The access to the climate controls/heated seats is via a band that runs across the bottom of the touchscreen. Ahead of the driver is an unusually small screen, very different to the digital instrument clusters, it really only displays speed, charge and the status of the adaptive cruise control.

Nice little Skoda touches include a secret umbrella in the driver’s door and an ice scraper hidden in the tailgate.