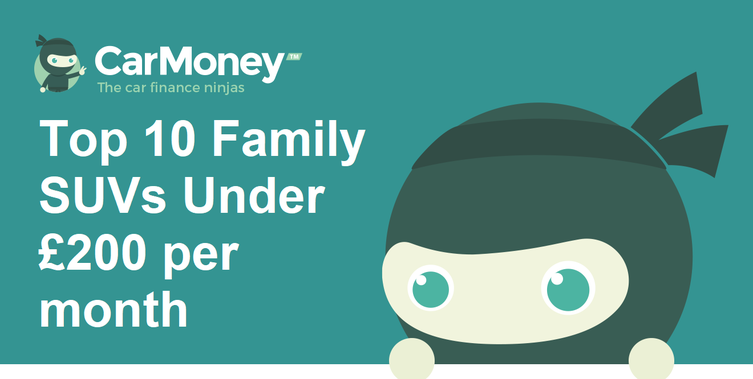 Oh, we know you love a good ‘Top 10’ don’t you! This one is for all those larger families out there in need of extra space for a reasonable price. It’s the Sport Utility Vehicles (SUVs) time in the spotlight as we look for quality, comfort, usability and most of all, price. We have found our top 10 SUVs for less than £200 per month! Now, it is important to bear in mind that these rates are based on a respectable credit score. Your price may differ depending on how good your credit score is.

What is my Credit Score?

Now, on with the line-ups! Our pics this week are have been selected for their affordability, economy, comfort, equipment, and space. All very important aspects of an SUV!

The Jeep Renegade still can’t compete with the sharpest SUVs in this class, but it’s not without merit. If you’re after a spacious, comfortable, and stylish SUV, the Jeep is worth considering. This new turbo engine is powerful enough too, and suitably refined.

What we can say for sure is that power and performance has improved from previous models. This smaller, 1.3-litre 148bhp engine essentially replaces the 138bhp 1.4-litre, and also arrives with a healthy 270Nm of torque. Day to day, this engine will pack more than enough punch for almost all Renegade buyers, with a sub-ten second dash to 62mph! 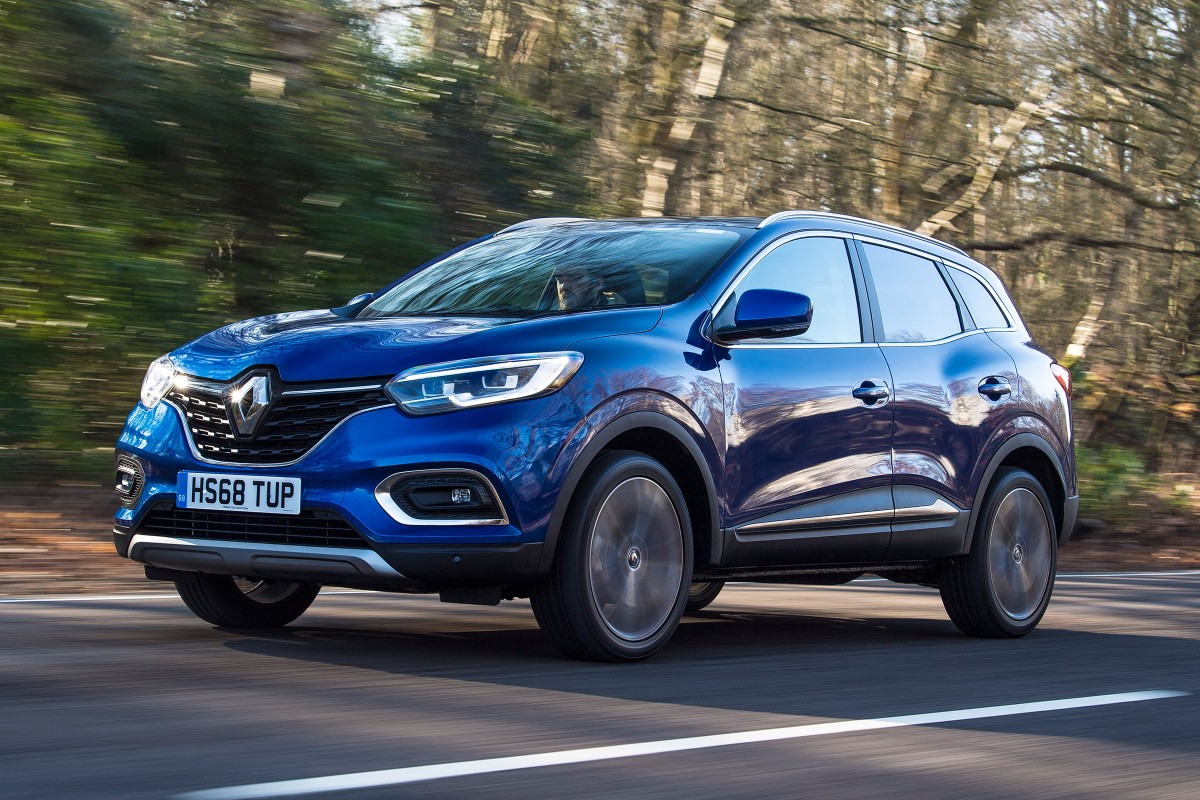 The Renault Kadjar is a stylish crossover that's based on the same platform as the Nissan Qashqai. But, while the Qashqai took undisputed class honours when it arrived in early 2014, the game has moved on since. The Renault feels pretty much the same to drive as the Qashqai, yet does so while offering more space at a lower price.

Despite this, the Renault Kadjar’s winning blend of desirability, quality, practicality and low running costs make it a deserved family favourite. The Kadjar is offered in a choice of four trim levels. The range kicks off with the Play, which gets 17-inch alloy wheels and rear parking sensors as standard. The next step up, the Iconic, is the pick of the range, adding sat nav and 19-inch wheels; and above that are the S-Edition and the top spec GT Line. 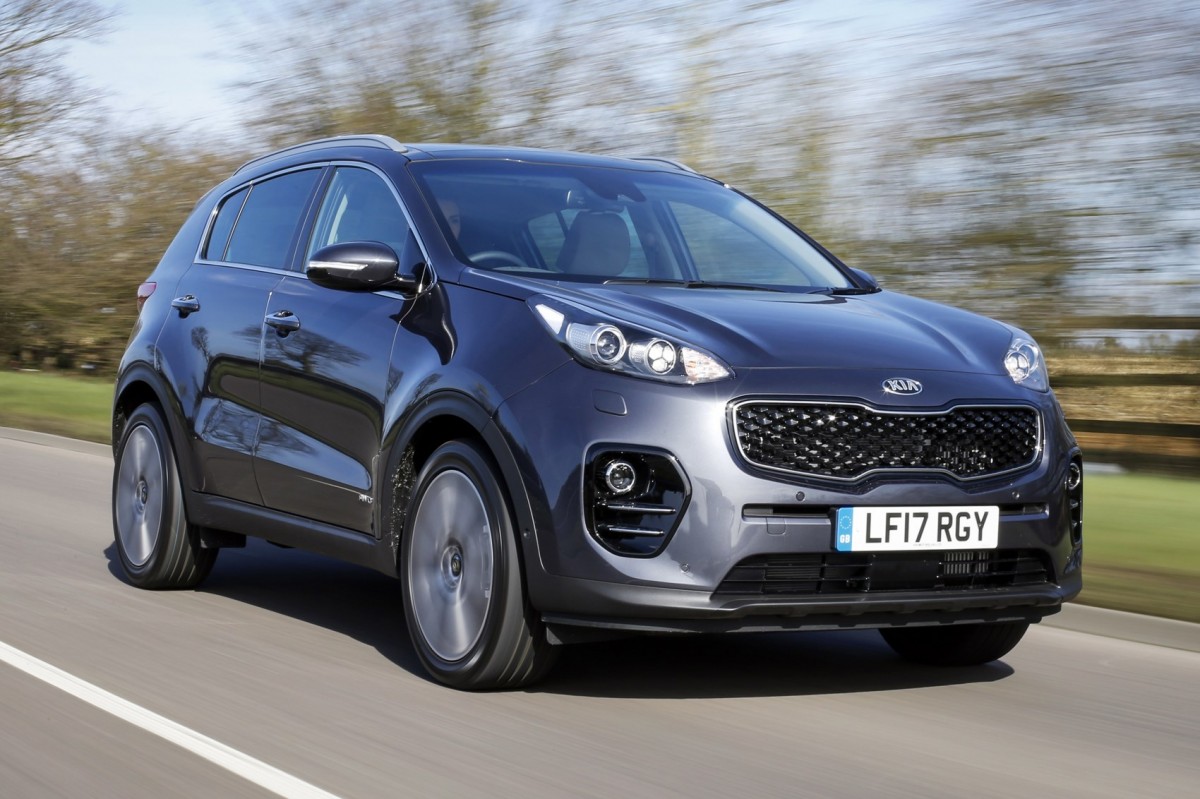 The Kia Sportage has competed towards the top of the family SUV class ever since this fourth-generation model came out in 2015 - The lower powered petrol and diesel engines will continue to make more sense to most buyers, but those after a smooth, quiet and refined powertrain shouldn’t discount this new hybrid model. It’s cheaper than the equivalent Hyundai, and has a more competitive warranty, too! Unfortunately, the hybrid does not fall under our budget!

Perhaps it isn’t the most exciting car in the world, but the Sportage makes up 40% of Kia’s UK sales, making it not only very popular, but also very important to the manufacturer! 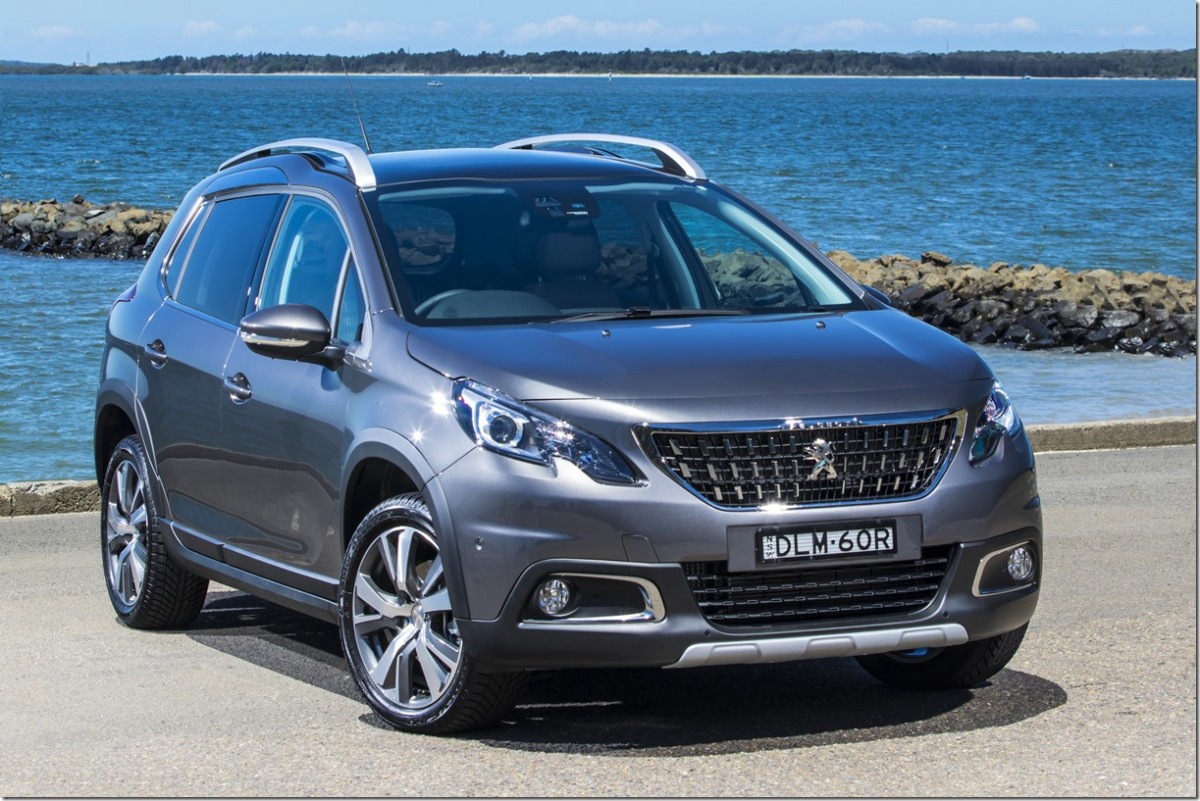 The Peugeot 2008 shares its underpinnings with the Citroen C3 Aircross – including its platform, engines and technology. But, as with most of Peugeot’s cars, they’re positioned as more upmarket than the Citroen alternative – notably because of Peugeot’s excellent ‘i-Cockpit’ driver’s infotainment system.

The 2008 has been pretty successful in the UK, securing a good portion of the family SUV category. There are six engine options available in the 2008 model line-up – made up from a 1.2-litre petrol and a 1.6-litre diesel. Its style seems to suit petrol engines better, although you can get the diesels with either 74bhp, 99bhp or 118bhp. It’s worth glancing past the 82bhp petrol, which is just a bit slow to recommend, which leaves you with the choice of either 108bhp or 128bhp. 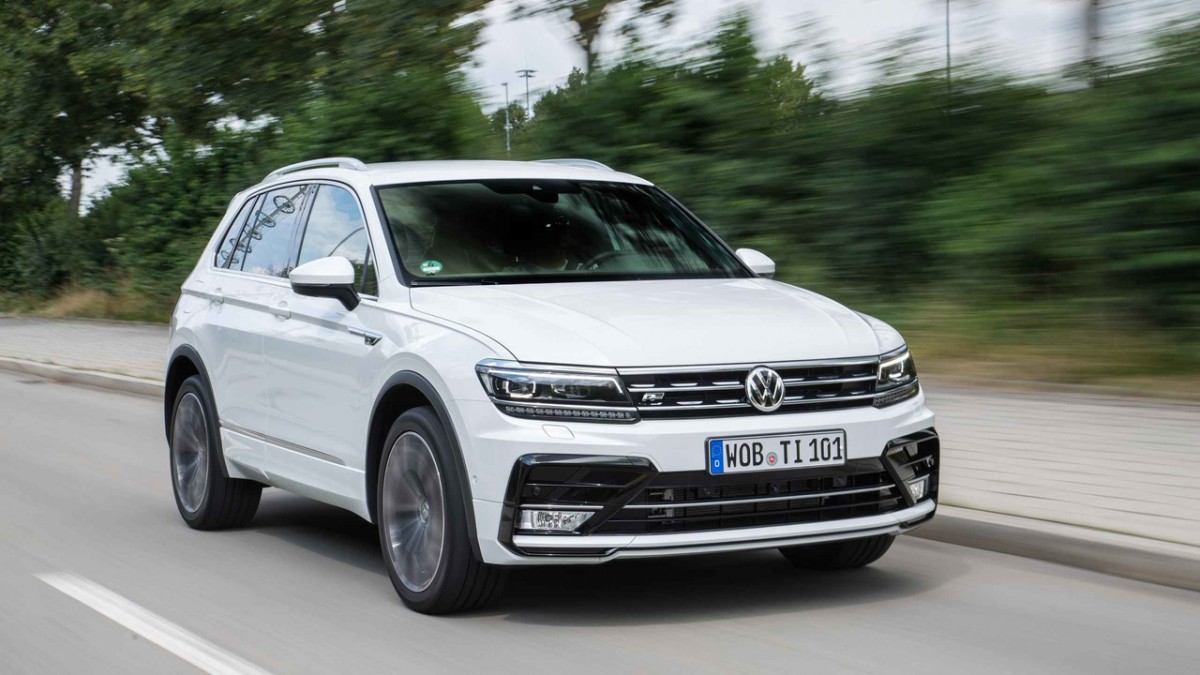 Compared to its previous generation, the post-facelift Tiguan’s are more stylish, more practical and a lot more capable than they were before. Crucially, it also trumps its closest rivals in those key areas. While some cars may do all of this for less cash, you can certainly see where VW has invested the money.

A whopping 95% of Tiguan sales are diesels, and the car here – the 148bhp 2.0-litre diesel paired with 4MOTION four-wheel drive – will take up a big chunk of that. It’s easy to see why, as VW claims close to 50mpg economy, while there’s enough grunt to cover everything from the school run to a weekend away with a caravan in tow. 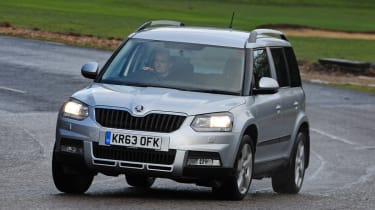 The Yeti is no longer on sale, but it stands as a landmark in Skoda's history. Skoda has replaced it with the Karoq, and to some extent the Kodiaq is a larger alternative, too. However, Skoda’s first crossover remained a competitive model against its newer rivals, with a very likeable, no-nonsense character.

If you’re doing big miles or you live at the far end of a rutted track, then fair enough, a diesel 4x4 is best, but for the rest of us the 1.2 TSI will do nicely. It’s a mark of the Yeti’s quality that it remained so competitive in the crossover and compact SUV class after such an extended period on sale, and now it makes a lot of sense as a used family car buy. 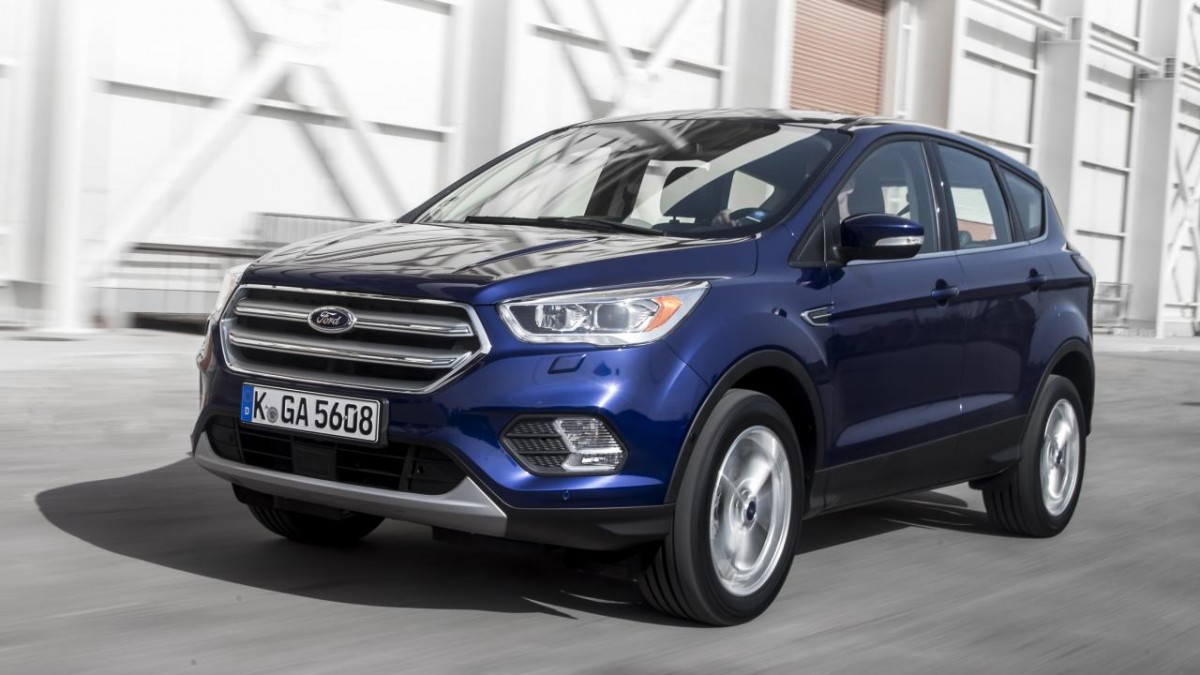 A quick look at the Ford Kuga family tree reveals the first-generation SUV, launched in 2008, was little more than a high-riding Ford Focus. This was a good thing, in some ways, and meant customers were treated to hatchback-style handling, while benefiting from the extra space and practicality of the larger five-door family car.

For those looking to the 3rd generation of the Kuga, it will unlikely fall under £200pm. Equipment levels move through from Zetec to the popular Titanium trim, followed by the sporty ST-Line, ST-Line X and luxury Vignale specification. Entry-level kit includes 17-inch alloy wheels, rear privacy glass, sports seats, Ford’s infotainment system and sat-nav. Top-spec versions add items such as bigger 19-inch alloys, a power tailgate, heated seats, and a panoramic roof. 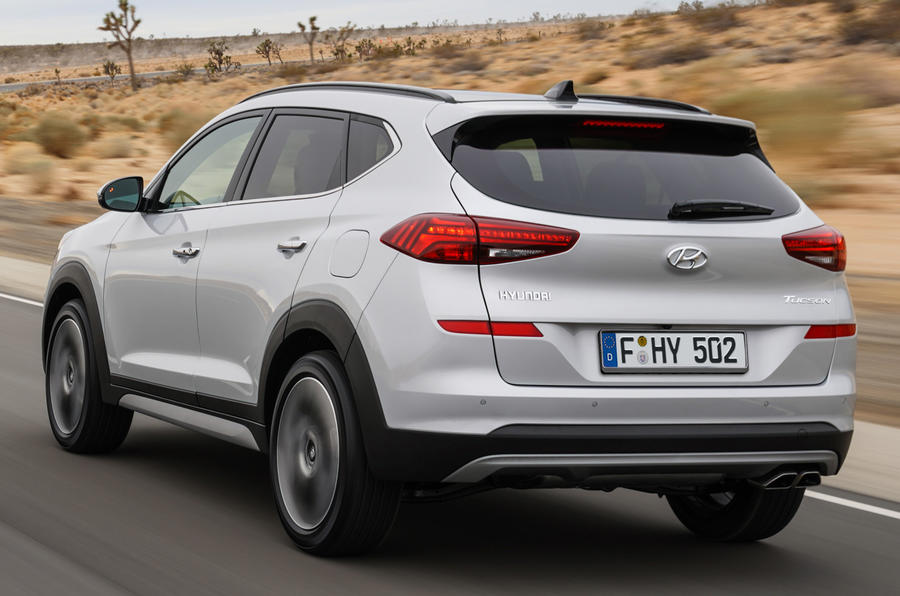 Hyundai is a brand that prides itself on the value for money its cars represent, so while the Tucson isn’t cheap, you do get a lot of car – and standard equipment – for your money. According to figures from Warranty Direct, Hyundai’s cars in general – and the previous-generation Tucson, in particular are above average for reliability!

The Tucson is pretty spacious and beats some of its competitors when it comes to practicality and boot space. It comes with a generous amount of standard kit, too. Go for one of the diesel options and you’ll have yourself a well priced, well specced and spacious family transport! 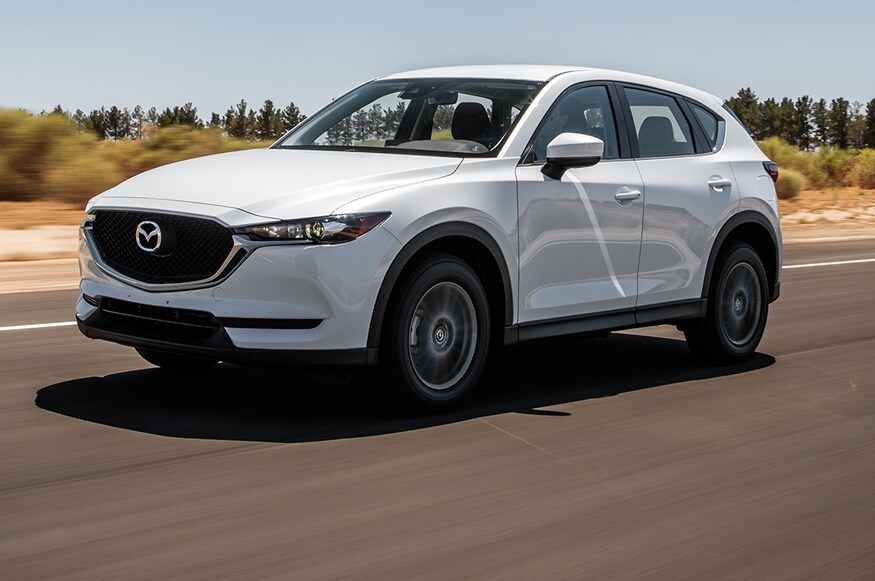 The CX-5 remains an extremely appealing mid-size SUV, mainly because of its solid driving characteristics, family friendly space, comprehensive list of standard equipment, and its impressively crafted interior. In truth, I’ve always been quietly impressed with the petrol-powered CX-5. The 2.0-litre engine does without turbocharging, but it doesn’t feel weaker for it. There’s 213Nm of torque, and the CX-5 certainly makes the most of it. The gearbox seems to work nicely with the power delivery, too.

This is a very smooth SUV to drive, the transmission is rarely wrongfooted and the engine is very quiet at a cruise, only becoming vocal if you floor the throttle. 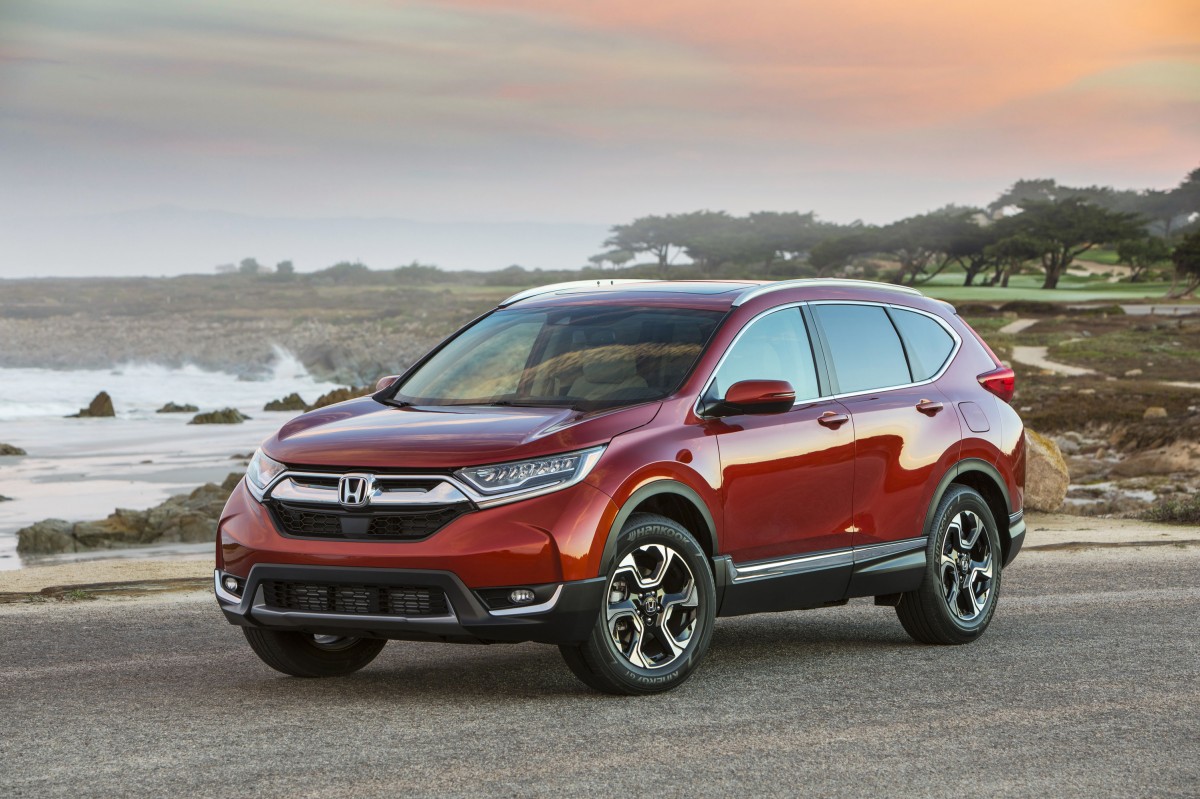 The new Honda CR-V doesn’t pretend to be anything it is not. Despite its push upmarket, it’s still a talented SUV, with loads of space and plenty of kit. The Honda CR-V is still among the very best selling SUVs in America. And while its success in the UK isn’t quite as well documented, it remains a very popular model for the brand!

The rear bench is spacious, with enough room for adults to sit without complaint. There’s loads of head and knee room, and the nearly-flat floor means three can perch happily for longer periods. The two outer seats on our top-spec test car are heated, too. There’s no avoiding the fact that this is a car that prioritises a soft ride over any kind of handling finesse, but it’s brilliant in its approach. It rolls rather magnificently in the bends, yet eliminates all but the worst lumps and bumps around town, even on 19-inch wheels.

So, there you have it. Our Top 10 best family SUVs that you can get on finance for less than £200 per month! What did you think? Have we missed any of your particular favourites?

When you have a growing family, it can be very hard to give up the keys to your hot hatch or sports car in exchange for something like a family SUV. But the newer models are coming with enough grunt and plenty of standard tech to keep anyone satisfied! If you are in the market for a nearly new or used SUV, we have thousands of options on our classifieds from high-end Mercs to affordable Dacias!