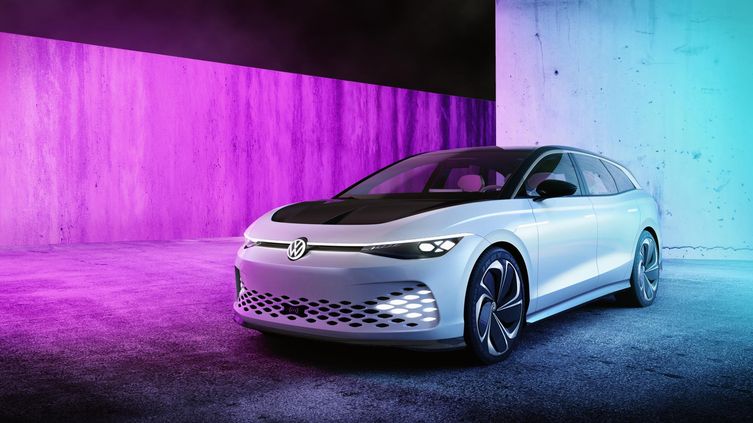 A drag coefficient of 0.24 has been achieved by allowing openings at the front to let air flow through, this means the ID. SPACE VIZZION has aerodynamics usually associated with Gran Turismo in the size of an SUV. Based on a modular electric drive matrix (MEB), featuring an 82 kWh gross battery capacity, giving a range of up to 590km (WLTP) or 300 miles (EPA). Using the 4MOTION system to deliver the 250 kW power the ID. SPACE VIZZION reaches 100km/h in just 5.4 seconds (0-60mph in 5.0 seconds).

Without having to make room for radiators or having a large space for the motor like an internal combustion-powered car, the designers were given a freedom with the design of the ID. SPACE VIZZION. The designers could, therefore, concentrate on aerodynamics, which helps increase range. Air is allowed to flow through the front of the car via vents between the headlights directing the air to the rear over the low slung bonnet, these vents aren't just for style, they perform an important purpose.

As the battery is packaged within the floor of the ID. SPACE VIZZION, this allows the interior to be a very spacious place, akin to a long-wheelbase version of a luxury sedan. The materials used in the interior are also sustainable, such as; AppleSkin, an artificial leather, made using residual material from apple juice production. No chrome has been used on the interior, instead, a chrome-like paint finish has been used.

The ID. SPACE VIZZION uses a fully digitalised cockpit, with an Augmented Reality head-up-display with relevant driving information being displayed. A floating 15.6” touchscreen is used to show entertainment, comfort and online functions to the driver. The ID. Light is used to give the driver key information, this takes the form of a light strip between the A-pillars.

The ID. SPACE VIZZION gives a proper look into the future of the brand with a series production version to be shown at the end of 2021. 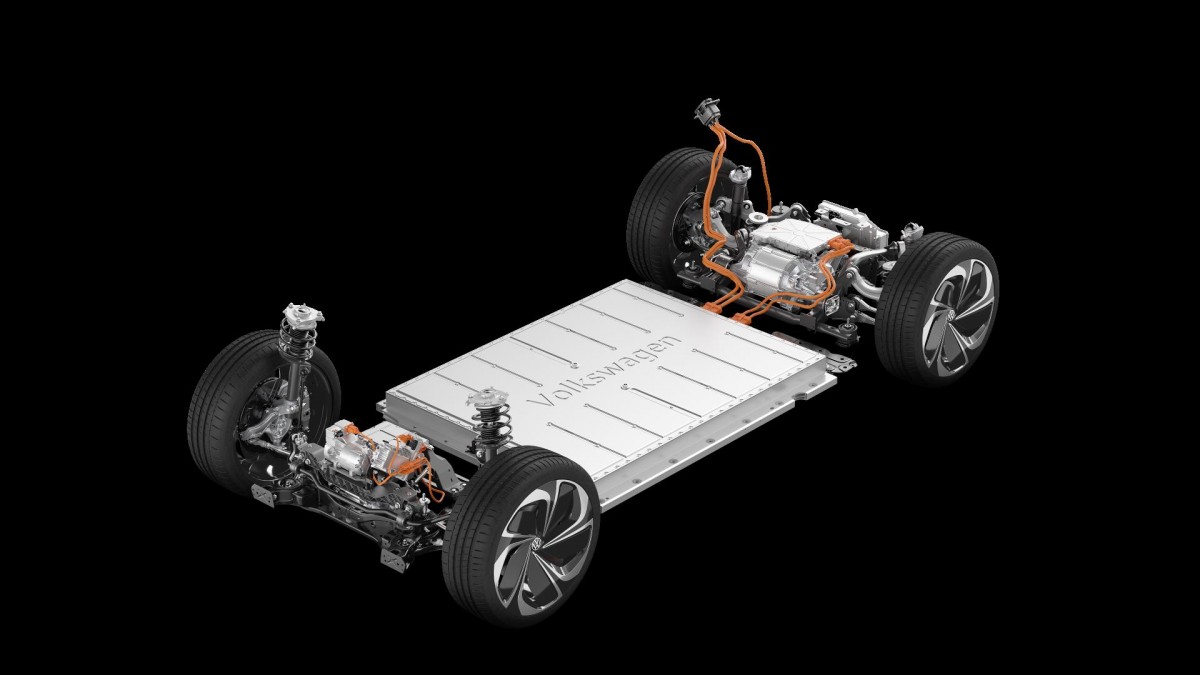 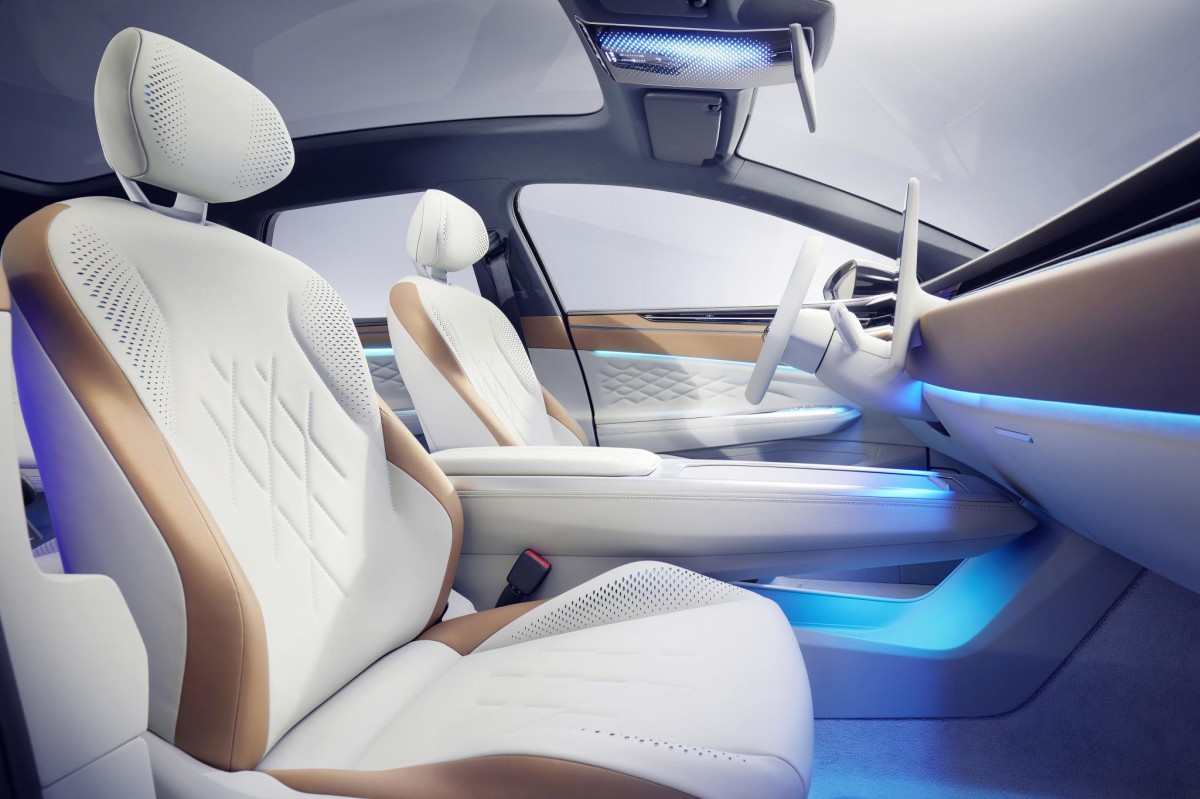