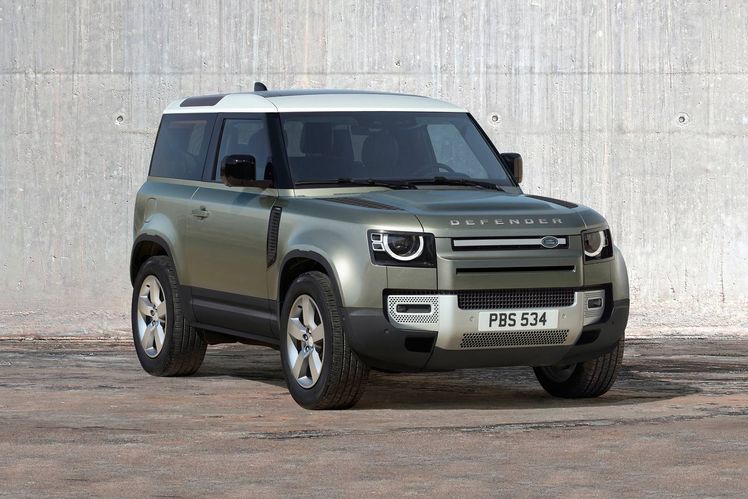 The countdown to Christmas draws to a close as we are only 4 days from Christmas! Since it’s the week of Christmas, we thought we should start all of this week’s posts with a fun motoring fact. Did you know, the first ever speeding ticket was handed out in 1896. How fast was the scandalous motorist travelling I hear you ask? A preposterous 8mph! For the time, that was a whopping 4-times over the strict speed limit of 2mph. And as if this story weren’t comical enough, he was chased down and stopped by a copper on a bike and fined a shilling. I suppose we should carry on with the news, but it won’t get any better than that!

We start with the new Defender which has been dividing Land Rover lovers since its release. Some love the new styling and modernisation of the brand, while others pine for its traditional roots. We think Land Rover have done an exceptionally good job of doing both! The model keeps a lot of its old tricks with the boxy design, 3ft (2f9in) wade depth and more grab-handles than in a care home shower. Tiff Needell did a brilliant review on his new show ‘Lovecars – On the Road’ where he takes it through its paces on and off road! Here you see the real upgrades come inside with an extremely luxury environment which will catch most Defender enthusiasts off-guard, leather seats and steering wheel, Range Rover style dashboard and infotainment system and headroom enough for an African Giraffe! Tiff claims he doesn’t recognise the new model; “Are you sure I’ve gotten into the right car? This isn’t like the Defender I remember at all!... Yep, this is definitely more my sort of Defender.”

Fear not farmers and other muddy labourers, as there is a workhorse version with just the front seats and a van-like space in the back with rubber mats so you can give it a good power wash after you’ve had your muddy boots or wet dog in there! You can even take out the whole centre console to add a third seat in the front. In total, this car can carry eight people, enough for a whole litter of messy children! Starting price for this family 4x4 is around £40,000 and for that I would say you get a lot. But the real question is whether the new Defender is anything like the old one when it comes to the real selling point of this car, off-roading ability.

Tiff takes the new long-wheelbase 5 door model off the beaten-track to put it through its paces, and good news, it looks as comfortable off the road as it does on! As Tiff says halfway down what looks like a river of mud, “It’ll go anywhere! What was I worried about?... The Defender is still the king off the road, and now, it’s taking on the challenge of some of the kings on the road.” With tech such as wade-depth monitor, strategically placed cameras for those awkward rocks and holes that could get you stuck, this car seems almost impossible to get stuck!

The new Defender will divide opinions for years to come, I am sure. But this new model does the old one every bit of justice it deserves. Hopefully, over the years, lovers of the old Defender will grow to love this car for what it is, a Defender for the 21st Century! If you want to watch the full review, head over to the Lovecars YouTube channel and show them some support as we love the videos they do.

Fancy a smart, fast, and technologically superior electric vehicle like a Tesla? Of course, everyone would, wouldn’t they? But the price tag on these cars can be completely unreachable it seems. Don’t be disheartened, as a leading Chinese smart electric vehicle company has started delivery of smart EVs to customers in Norway. 100 Xpeng G3 smart electric SUVs are being handed over this week to their new owners across 28 cities and towns in Norway. You may not have heard of them, as they primarily sell to the domestic Chinese market, but they have been developing their international strategy, and are lining up more models to be released into the increasingly electrified European market. This is an exciting time, as the world seems to be sold on switching to electric mobility. Xpeng has been supremely successful in the Chinese market, growing exponentially since it was founded in 2014 and is now nearly ready to start electrifying the nations of Europe. 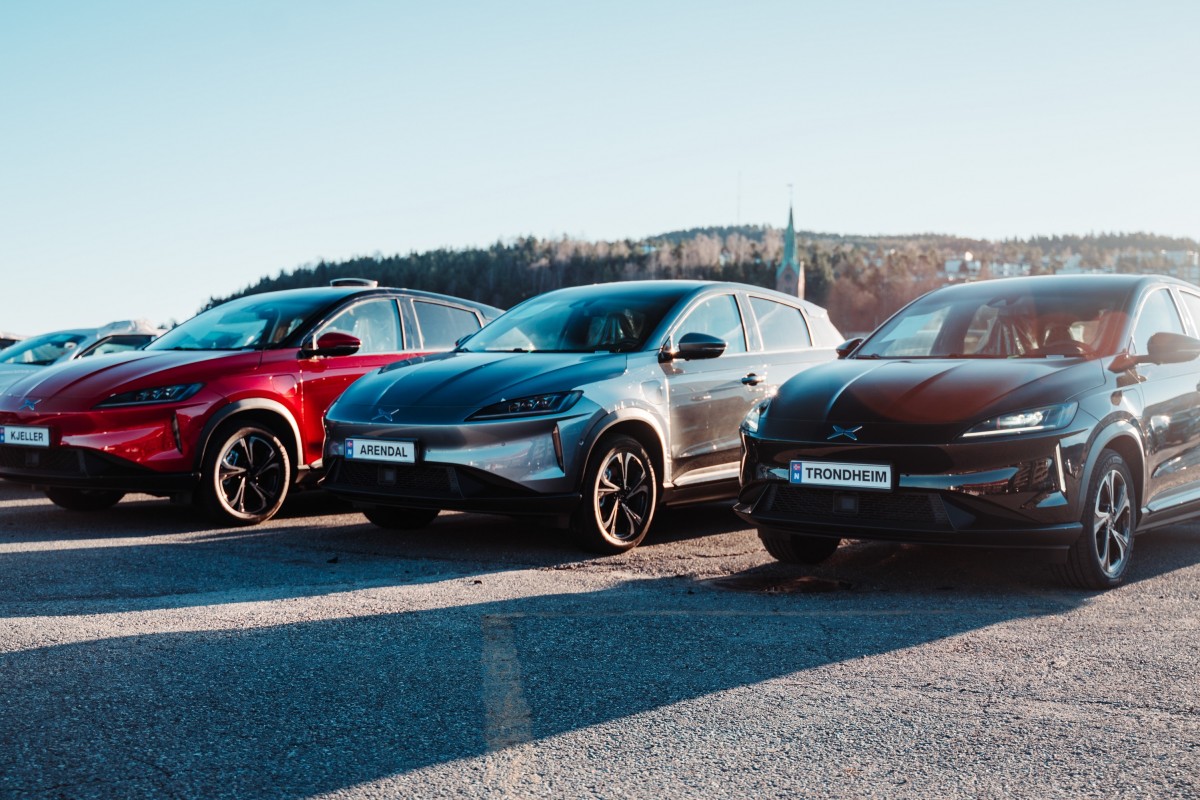 Costing around £30,000 start price, the G3 comes with plenty of punch, tackling the 0-60mph in just less than 8 seconds and will go for a claimed 249-miles on one charge! The interior is coated with luxury perforated leather and has plenty of room in the front and back. The windscreen is panoramic, and stretches into the sunroof, allowing perfect vision and a stylish feel. You also get backseat USB charging points and a larger middle seat, though sacrificing the armrest that usually drops down in most SUVs. Furthermore, you get a massive 760-litres of boot space, more than enough for the weekly shop. In the front, you get a Tesla-style/iPad-style touchscreen infotainment system which is fully updateable! Along with the mobile app, you will never have the problem of getting into a cold car.

If you are a lover of the little details in cars, then you will love when you change driving mode in this car, as you get different sound effects making you feel like you’re about to jump into hyperdrive! The list of different toys goes on and on, one of our favourites being you’re able to clean the air coming through the car if you live in a densely populated area. Like most techy cars these days, you’ll also get your very own assistant! All you say to activate it is “Hey Xpeng!” and you can change anything from the temperature inside to the song that is on the radio.

So, is this car ready to take on the might and domination of the Tesla brand? Probably not yet but watch this space. The G3 has more than enough potential to be a world-class EV, and Xpeng has every ability to become a major manufacturer of all-electric vehicles for the world population, not just China.

The Fully Charged Show on YouTube do a brilliant review, why not show them some support and hear all about the new Xpeng G3 here. 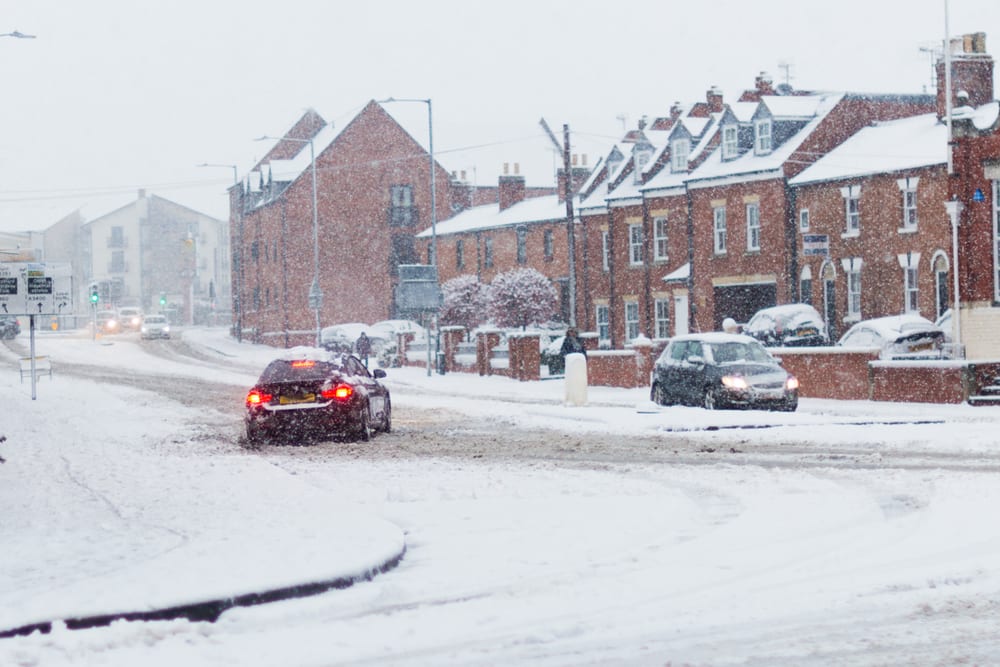 Now, we all know how stressful it can be driving around the holiday season, with everyone rushing to get home and see their loved ones. Timing is everything, so make sure to always check ahead for weather, traffic, and accidents before you leave. Last Christmas, I was driving north to Inverness and I got stuck at the snow gates at the Drumochter Pass near Dalwhinnie and had to turn round after waiting for about an hour! Don’t make the same mistake as me! Always make sure you bring a warm blanket, food, water/tea (flask is great) and a breakdown kit. Its snow joke… Sorry.

The A9 is one of the busiest roads in Scotland this time of year and is also the most dangerous with multiple accidents happening every month! With plenty of bad weather around and lots of people travelling all at once, it is important more than ever to be patient and sensible, although that goes for any main road. If you are travelling up the A9 this Christmas, remember there is major roadworks going on and will cause delays between Perth and Dunkeld. Visit the transport Scotland website to find out how it could affect you: https://www.transport.gov.scot/projects/a9-dualling-perth-to-inverness/

Finally, always make sure to do checks on all the car’s vitals before setting off on a long journey. Here is a couple important ones for you to do:

If you follow these steps, you will have a safe Christmas commute! You can read our full Christmas travellers guide here.