Women who made Automotive History 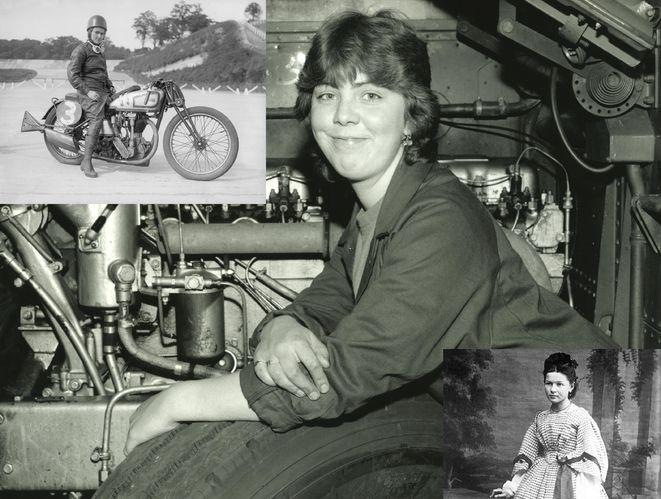 The battle women have had to struggle through to gain equality has been evident across generations. But even with all the odds stacked against them, some women shone through in an automotive world totally and utterly dominated by men. More than that though, they left their mark, and we can celebrate them today!

Odette Siko made motorsport history as the first woman to race the Le Mans 24 Hours on the 21st June 1930. Competing alongside Marguerite Mareuse in a Bugatti T40, they made it home in seventh position – a result that’s yet to be beaten by an all-female team. In 1932 she claimed fourth spot overall and class win aboard an Alfa Romeo 6C 1750 with Louis Charaval – another record finish for a woman that still stands today.

Beatrice Shilling’s story is one of two wheels and wings. In 1932, when she graduated from the University of Manchester with an honours degree in engineering, she was listed as ‘Mr’ on her student record card, female titles were not yet a recognised option. In 1934, she became the second woman to be awarded a Brooklands Gold Star when she recorded two laps at over 101mph, and later became the circuit’s fastest female racer ever with a lap speed of 106 mph.

Even as war broke out, she helped the RAF with her invention of a restrictor valve that prevented RAF Spitfires and Hurricanes from stalling and falling from the sky during steep dives!

Bertha Benz is the original road tripper. Early one August morning in 1888 she set off in her husband’s car, without permission, spare fuel, or a map, to make the 106km journey from Mannheim to Pforzheim in Germany. Her husband was Karl Benz, and the car was the world’s first. Karl was convinced his invention wasn't ready for the open road, but Bertha believed it was ready for the world, and that the world was ready to see a woman setting its new course. When she ran out of fuel, she purchased ligroin (a petroleum-based solvent) from a pharmacy in Wiesloch – now considered the first petrol station in history. When the engine overheated, she used water from ditches and streams to cool it. When a fuel line became blocked, she cleaned it with her hat pin. She even used her garter as insulation material and paid a cobbler to cover the brake shoes in leather and in doing so invented the world’s first brake lining.

The big red double decker bus may keep London moving, but Helen Clifford was the first woman to officially be responsible for keeping them on the road. In 1983, at the age of 18, Helen qualified as London Transport's first female bus mechanic after completing a course at West Ham garage. Up until then, there had been two brief periods when women were called upon to take on a range of typically male duties in stations, garages, engineering works and depots. Helen was also a qualified bus driver, a role which was opened up to women in 1974.

In 1897, Minnie Palmer became her own chauffeur. Distinguishing herself as the first woman in England to drive and own her own car, the American-born actress took delivery of a French-made car and made history!

These are only a few of so many who changed the industry in ways we couldn’t imagine possible for women in their times. Pioneers of the new age and refusing to let social norms control their lives! International Women's Day is a global day celebrating the social, economic, cultural, and political achievements of women. The day also marks a call to action for accelerating gender parity.