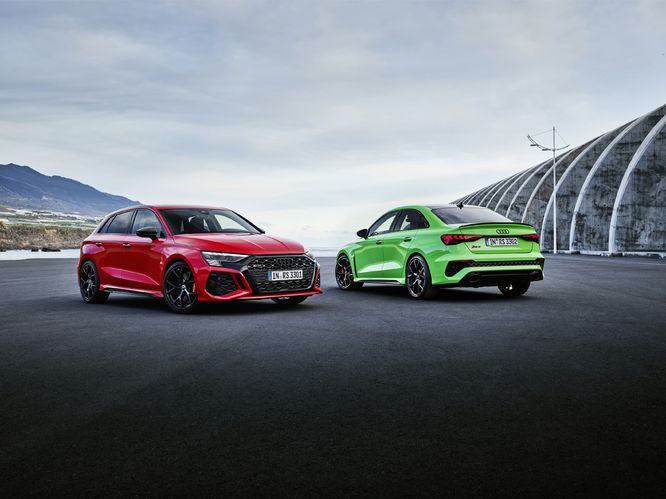 With its five-cylinder, high-performance engine, the Audi RS3 is one-of-a-kind in the segment. The 2.5 TFSI has won the “International Engine of the Year” award nine times in a row. Now more powerful than ever before developing 400PS and 500Nm of torque - allowing a 0-62mph sprint of just 3.8 seconds. Top speed for the standard RS3 is limited to 155mph, but Launch Edition and Vorsprung models see that increase to 174mph. 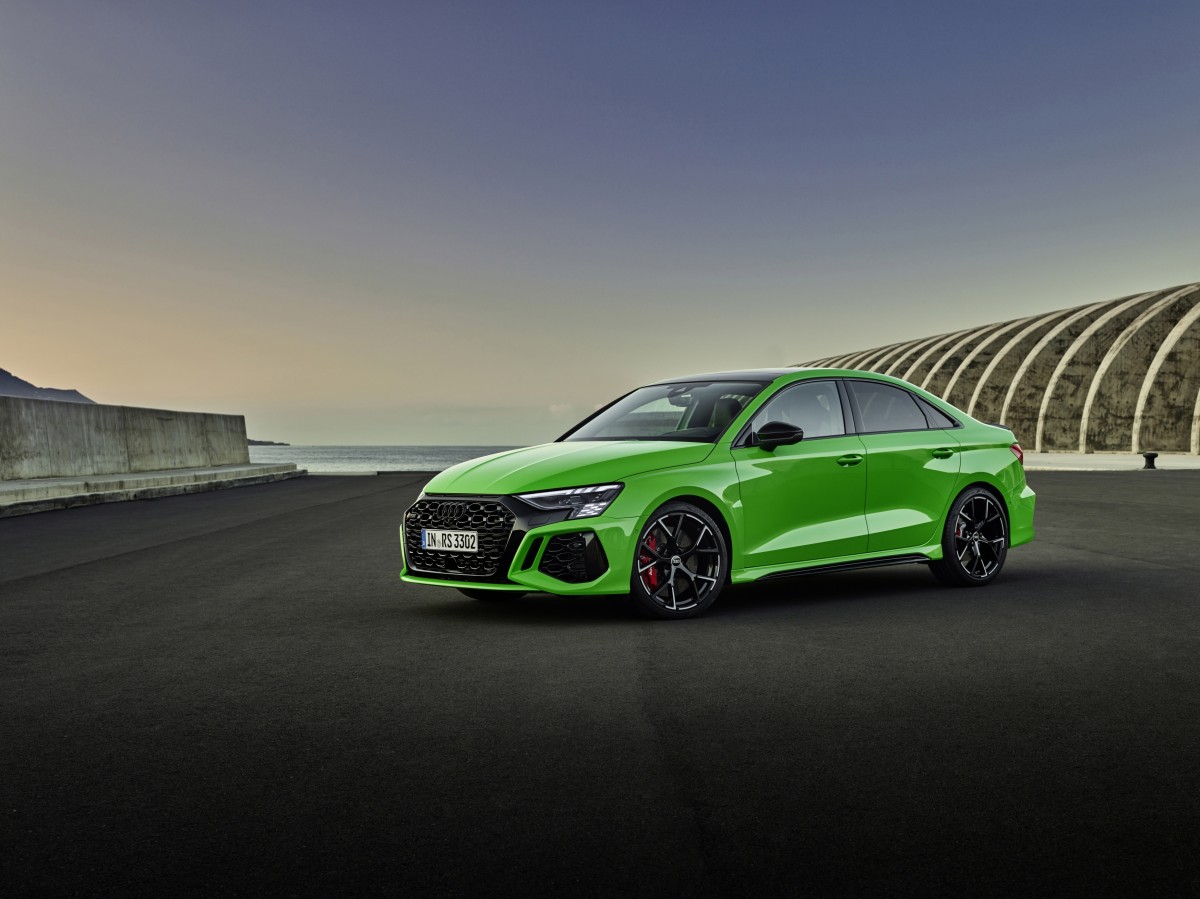 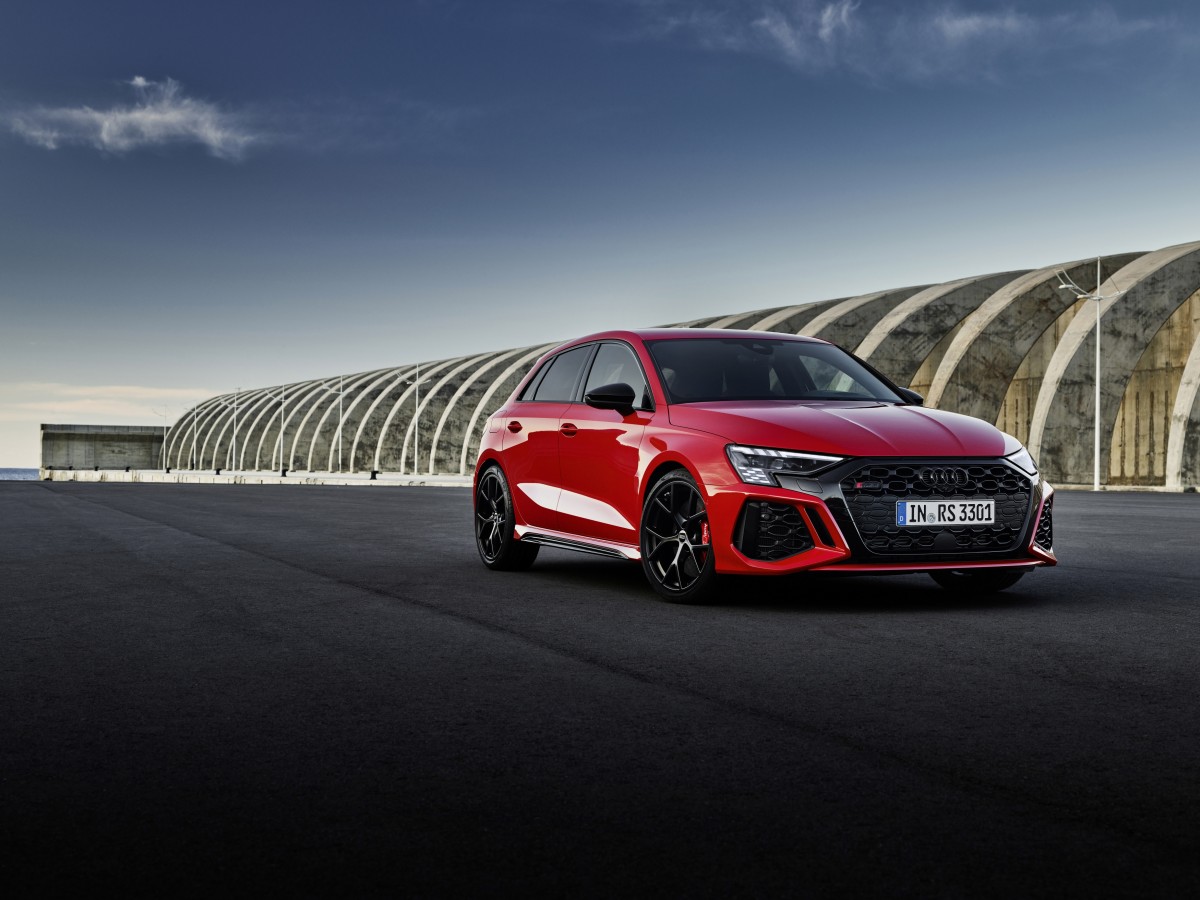 A seven-speed dual-clutch transmission puts the power down with short shifting times and a sportier gear ratio spread. There’s a ‘Torque Splitter’ fitted as standard for the first time and a handy device that does away with the rear diff, and in its place adds an electronic multi-disc clutch on each driveshaft. Each wheel, therefore, gets the right amount of torque for any given situation, including... drifting! YUP! It means the new RS3 will officially drift.

Both RS3 variants come with much the same kit as they both get aggressive new designs. The grille and its gloss black surrounding dominates the front end, with air intakes in the bumper corners providing additional cooling capacity – all trimmed in an RS3-specific hexagonal mesh. The front bumpers get slit-like vents just ahead of the door, and box-style flares over the wheels add a little visual link to the original Audi Quattro.

Along with plenty of other visual cues such as the aggressive side skirts, a vented rear bumper with the same hexagonal mesh as the front bumper, and a subtle roof spoiler on the hatch or spoiler on the saloon. Sweep around the side, past those new sills and the 19in alloys, and you’ll end up at the set of twin pipes at the new rear bumper. 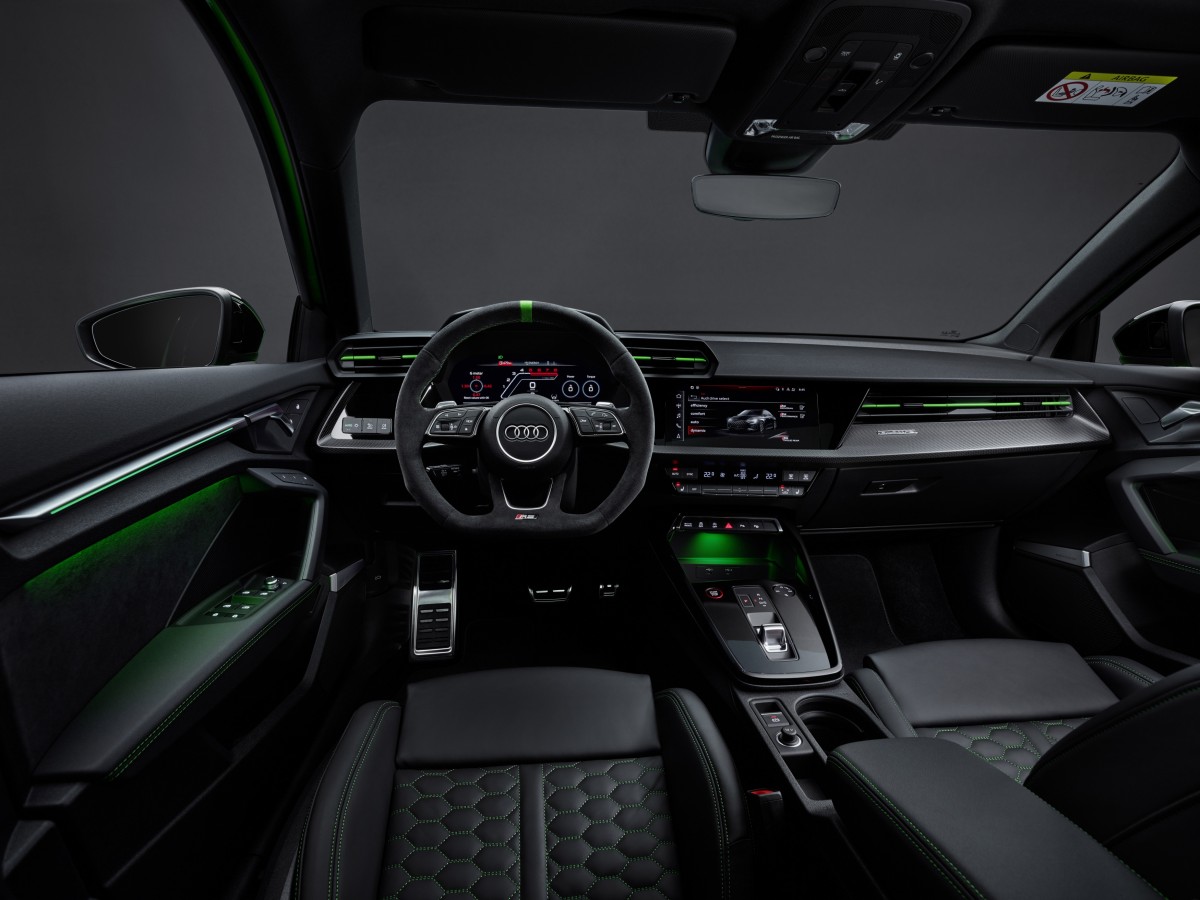 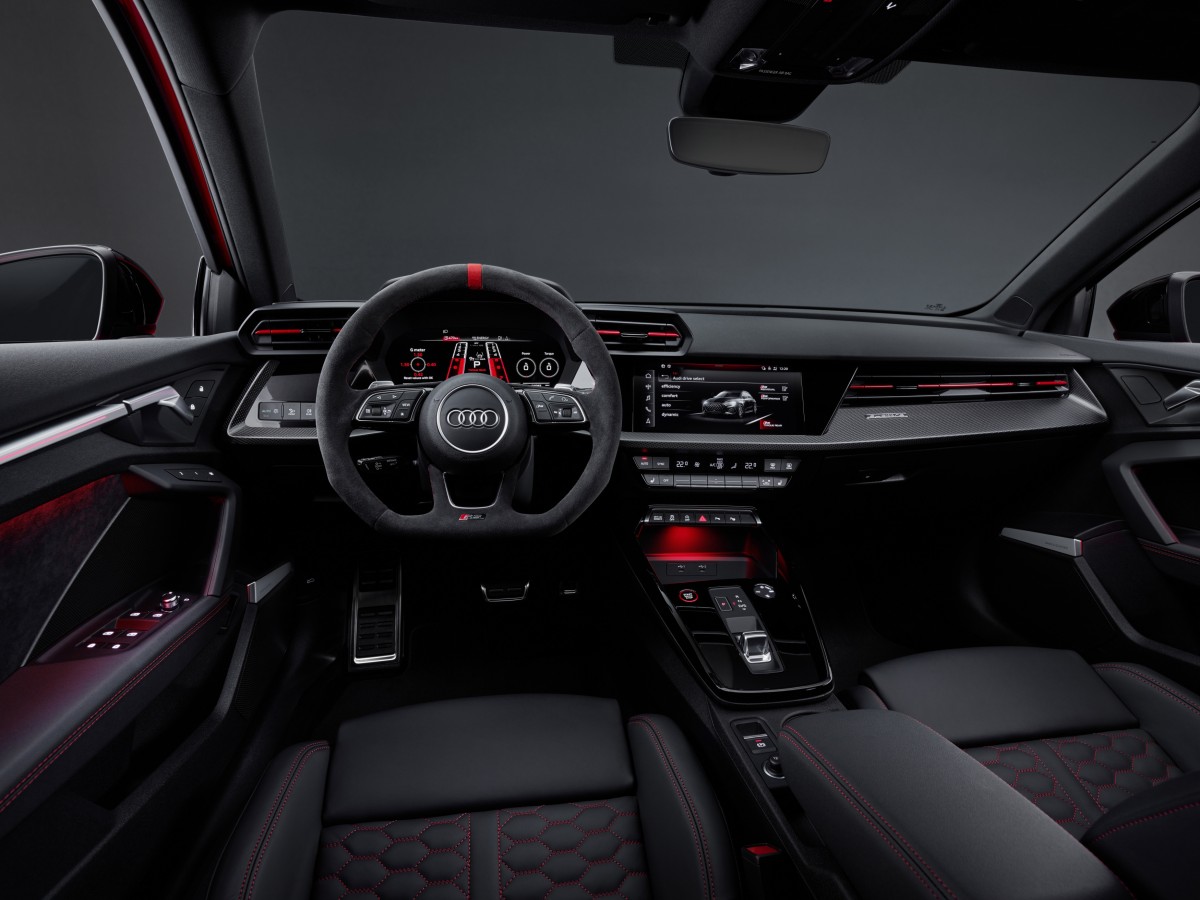 RS-signature honeycomb seat quilting is available with red, black, or green contrast stitching, and an interior design pack adds even more red or green accents to the seat corners, dash, and door panels. The new RS3 also gets a standard sport suspension with shock absorbers improving response and preventing performance degradation. The RS3 sounds good, too. We aren’t surprised, given how exuberantly the old model sang, but it’s still nice hearing a blatty five-cylinder get flogged on a track!