A Guide to Car Number Plates 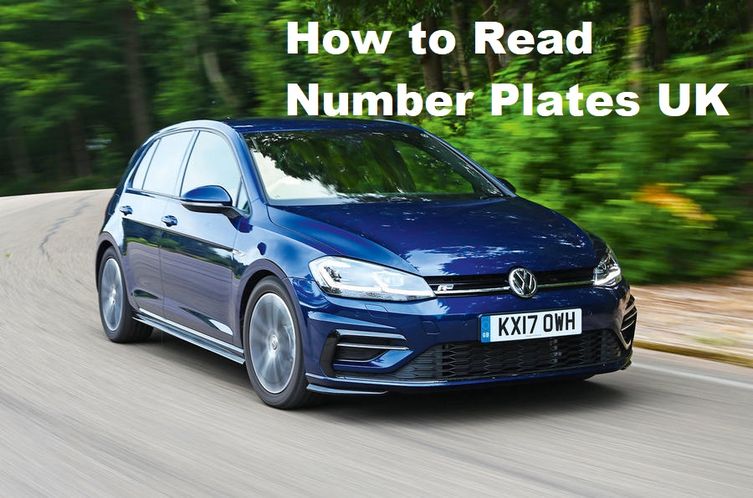 Understanding and being able to read car registration plates is a handy skill to have, as it tells you a lot about a car, such as where it was registered and how old it is (this does not apply for private registration plates). This guide will take you through how to read number plates, understand what they mean, and know when the new plates come out.

How do you read number plates?

As a driver, you will see number plates so often that you probably won’t even take notice of them now. They will just be another part of the car. The good thing about number plates is that even if you can’t remember the exact details of a certain car, you can easily memorise at least part of the plate if you have to.

Number plates are broken into 3, the first two letters will be the car’s area identifier, and that tells you where the car was first registered. The second is two numbers straight after the letters, which identifies the age of the car. Finally, the last 3 letters are randomly generated.

When do new reg plates come out?

Twice a year there are new plates that get released, once in March and once in September. The next plate number is the 71 plate which will arrive in September 2021. The year in which the car was made is shown by two numbers on the reg:

What do the letters mean?

As you know, the majority of the number plate is letters, and some of these characters mean something:

As mentioned before, the first two letters on a UK number plate refer to where the car was registered. For example, LA – LY covers the London area and MA – MY covers the Manchester and Merseyside area.

The last 3 letters are randomly generated by a computer and then allocated to dealers around the country. Something funny about this is that there has to be a human checking the randomly produced letters so there are no naughty words made!

What about personal plates?

Personalised registration plates are usually an exception to these rules, with people being able to pay extra for a personal registration plate made of a unique sequence of letters and numbers. If you see one of these, you will recognise the difference.

Why not read about how to retain a number plate

Number plates change twice a year, in September and in February. If you are in the market for a new car, it is important to know when the last plate change happened was and what you should be looking for:

How do these changes affect me?

If you think of the updated number plates as making room for all the new models that are coming in, then you realise that it just makes older cars (with older plates) less valuable. If you are wanting to trade-in for a newer model, then you will get a lower trade-in value twice every year!

When it comes to car finance, it could really affect your monthly payments and make them cheaper closer to the release of a new plate. Why not see how much you could save with our car finance calculator.

The History of number plates

There have been number/licence plates around almost as long as there have been automobiles. France was the first country to introduce them in 1893, with the UK only making them compulsory in January 1904.

The first series of number plates were issued in 1903 and ran until 1932, and were made up of a one or two-letter code, followed by a sequence of numbers from 1 to 9999. The code simply told authorities where the car was registered. Although by 1932, they were running out of available codes!

An extended scheme was introduced, but that hit a dead end by the 1950s, and they had to come up with another plan. The next successful and long-running format was the prefix registration format. Each adhered to the format of a single year identifying letter. Then this would be followed by a number that may be one, two or three digits in length. They ended with 3 letters that would determine where the car was registered.

Since 2001 though, we have been using the newer method described earlier of 2 area letters followed by the year-identifying 2 numbers and then 3 random letters. Apparently, this will run until 2051 before they will likely need to re-do the number plate system.

Are you in the market for a car but afraid your credit score isn’t good enough? We can help! Our panel of lenders can give you a quick decision and you could be driving away faster than you think…

Why not try our no-obligation car finance calculator and see if you could be accepted. Or narrow down your search time with our car-finder search engine, holding thousands of cars across the UK!